The woman riding a mobility scooter killed in a hit-and-run Monday in Minneapolis was identified Friday.

According to the Hennepin County Medical Examiner, 70-year-old Rosie Lee Means died of multiple blunt force injuries less than an hour after being struck by a Jeep Grand Cherokee.

"Where you going in a hurry and no one is chasing you? I just don’t understand it," Marilyn Reese, Means’ daughter, said. "She was Rosie, she would do anything for anybody."

Minneapolis resident Cameron Mikkel Bendson, 21, was charged with criminal vehicular homicide Thursday in connection with the hit-and-run crash. A criminal complaint states that he is "a known methamphetamine user." 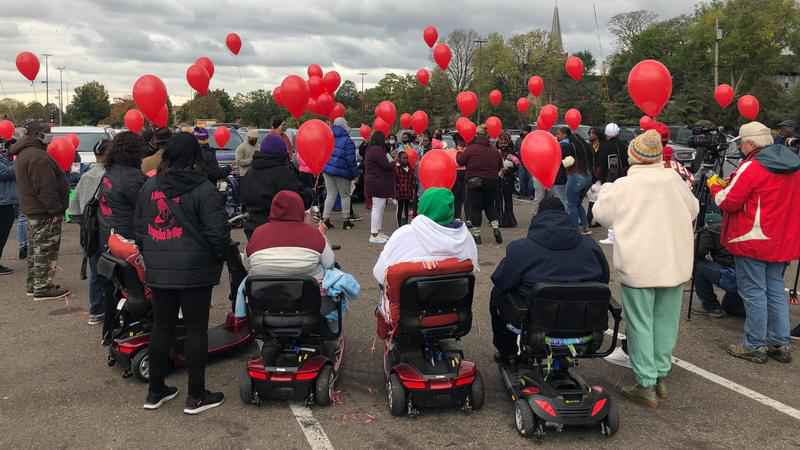 At 2:26 p.m. Monday, Means was headed south on her scooter when the Jeep hit her in a crosswalk near North Aldrich Avenue and West Broadway Avenue.

According to police, Means was thrown about 50 feet. Emergency personnel performed lifesaving measures and took Means to the hospital, where she was pronounced dead. Multiple witnesses saw the crash.

Reese said her mother helped many over the years, including making blankets for babies at a local dialysis center.

At a vigil to remember her Friday, Reese was touched to see people wipe away tears and support her family.

"It shows how she touched each and every person out here in some sort of way," Reese said.

"Ther’s no safety, and these people are flying through this community, breaking the laws, breaking speed limits around here," Nasiy Nasir X, community activist and member of the New Black Panther Nation — Minnesota, said. "Something needs to be done so that our elders have a safe place to dwell."

Early Tuesday, Minnesota State Patrol troopers found the Jeep in Brooklyn Park in the Highway 100 median. They said the vehicle appeared to have crashed and the interior was set on fire.

Later that day, St. Anthony police responded to a report of a suspicious person in an alley and found Bendson in a stolen vehicle. He was arrested. He first appeared in court Friday afternoon.

"Show your love to your family and your friends," Fred Hamilton, a member of the victim’s family, said. "Make a phone call, give a text message let them know you’re all right."

Eric Chaloux contributed to this report.