BreathLogic co-founder Laurie Ellis-Young and her husband Dr. George Ellis lived in Ukraine from 2016 to 2021. They have friends that were displaced by the invasion.

“Following friends that were in Ukraine during the invasion and just experiencing the trauma that they were experiencing of deciding whether to leave or not,” she said. “Some left with only enough clothes for a week, and now they’ve ended up being gone for months. We’re working with a group of psychologists online, helping them deal with their own trauma and self-care.”

Ellis-Young has decades of experience with yoga and meditation. She established her organization BreathLogic in 2013, and she leads international trainings and retreats on how to effectively use breathing to reduce stress, trauma and improve well-being.

“It’s about finding a place of peacefulness inside,” she said. “When you’re living in a place like Ukraine or many, many other places — even here in the Twin Cities — if you have chaos around you and things happening, the ability to just close your eyes and to stop for a moment to know whether you’re inhaling or exhaling gives you a respite of peace.” 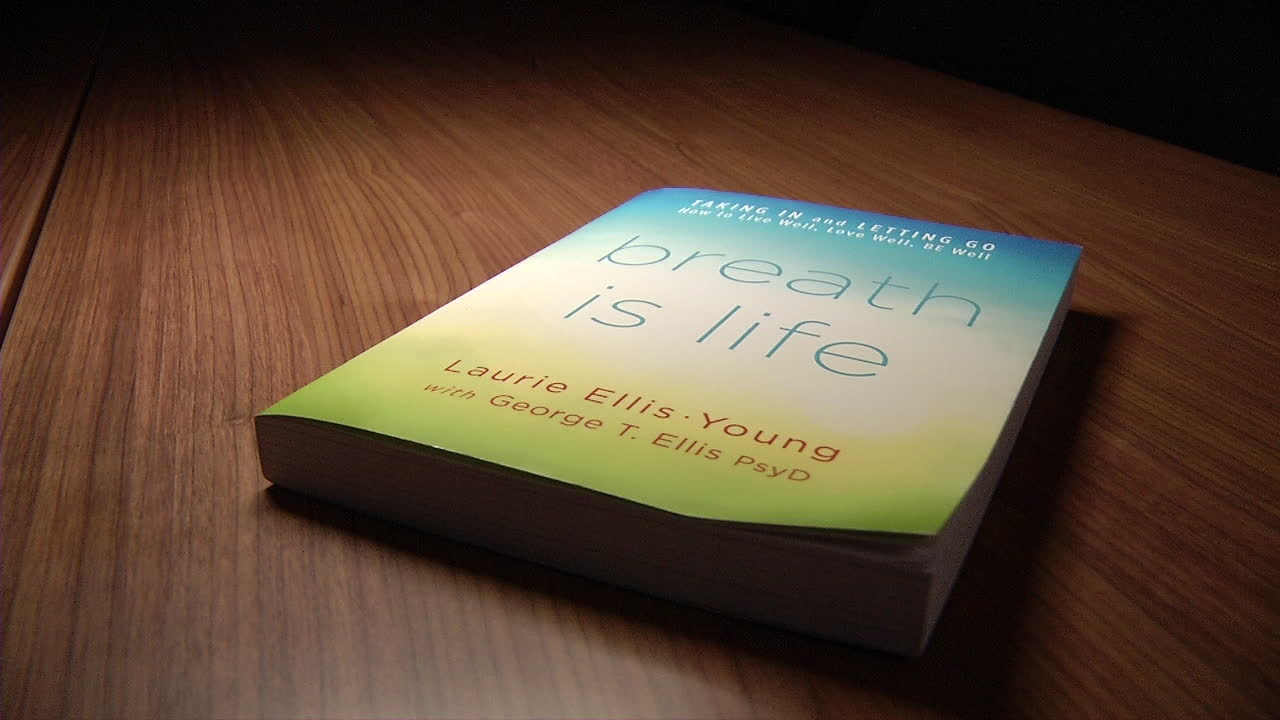 The couple moved to Ukraine in 2016 when Ellis accepted a job as a senior psychologist for the 57-member international Organization for Security and Co-operation in Europe (OSCE).

According to OSCE, its special Monitoring Mission to Ukraine was deployed in 2014. Unarmed observers gathered information on the ground, provided objective reports, and worked to reduce tension amid fighting between pro-Russian and pro-Ukrainian groups.

“They had multiple footprints in the area of conflict and outside of it, and my job was to go and work with people, and be present with them, and support them as they were dealing with some pretty difficult scary things,” Ellis said.

Ellis was based in Kyiv but traveled across the country as he trained about 1,500 OSCE monitors and staff on how to prepare for the conflict zone, manage their stress and handle secondary trauma.

“They were in the active conflict zone in the east Donbas region,” he explained. “Their job was to observe and report. Still, when you see children dead on the street, or bodies blown apart, you can imagine how stressful or potentially people are vulnerable to being traumatized.”

He traveled into the conflict zone with the monitors to provide support. Ellis explained he taught them about the importance of calming the nervous system, including through deep breathing.

“We would travel in armored vehicles in full protective gear, helmet, and flack vests. You’re driving on roads that are really full of potholes, you might be driving for six hours … what better way to manage your nervous system,” Ellis said of the breathing exercises. “We can reduce the possibility of post-traumatic stress disorder — which is obtaining chronic symptoms of stress — if we can stay in a calm relaxed state.”

Ellis-Young also helped with training during their time in Ukraine. She explained she taught deep breathing exercises that could be used at any time, including in a conflict zone.

“They take you from not feeling safe — or going into fight or flight, or being stressed out — to being centered and calm and able to think clearly,” Ellis-Young said. “If you are breathing in your belly, you are telling your body you are safe. You cannot be in a state of full-on panic if you’re breathing in your belly, so we would do creative ways to breathe in the belly, have the exhale be longer than the inhale.”

In February, Ellis was asked to return to Ukraine to provide training to mental health professionals. The visit was cut short and he was evacuated after Russians invaded the country.

They are now meeting weekly virtually with mental health professionals who have been displaced from their homes in Ukraine.

“Helping them deal with their own trauma and self-care,” said Ellis-Young.

Ellis added, “We’re volunteering. We’re working together to help them so that they can support others.”

During their time in Ukraine, they also wrote a book. “Breath is Life” details breathing strategies and daily application for people across the globe.

“I come at it from the perspective that for me, the breath is a way for me to very consciously manage how we experience the world, how we manage our nervous system in such a way that we can utilize the space and address how we react to something,” Ellis said.

Ellis-Young added, “When we work with our breath, we work with our hearts. It’s physical. It affects our blood pressure, our cardiovascular system but also every other system in the body. … It’s a form of self-care, and it’s a form of dealing with anxiety, dealing with trauma, whether it be trauma from experiences that you’ve had or secondary trauma of watching somebody else experience.”