The decision to charge Kim Potter with second-degree manslaughter in the shooting death of Daunte Wright is being met with a mixed response.

Earlier this week, some of Wright’s family members said they consider his death a murder and that Potter should be prosecuted to "the highest extent."

5 EYEWITNESS News talked to a former chief judge in Hennepin County Wednesday for perspective on why prosecutors chose manslaughter instead of a murder charge.

Burke has a long history in the criminal justice system in Minnesota. He served as a public defender before going into private practice, then served four terms as Hennepin County Chief Judge. He became a senior judge last fall and currently works as a law professor at the University of Minnesota and University of St. Thomas. 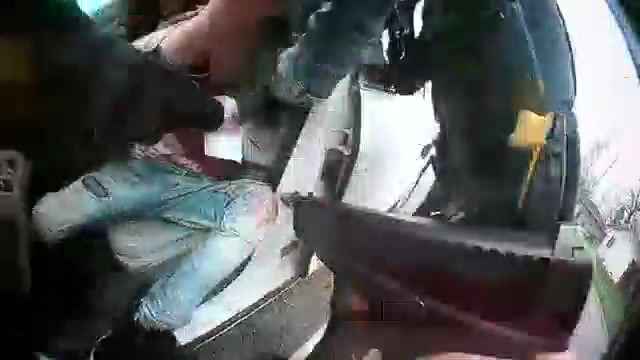 He explained the various manslaughter and murder charges, as defined by Minnesota law, and shared his opinion on each one as it relates to the Potter case.

"If we start with first-degree murder, it would be somebody who premeditated it and intended to kill somebody, so that doesn’t seem to be the facts here," Burke explained.

"Second-degree murder is about intending to kill someone. According to the body camera video I did see, after the officer shot the victim, she said something along the lines of, ‘Oh s—.’ That would indicate she didn’t intend to do that.," Burke continued.

Burke said third-degree murder is a controversial charge in Minnesota, centered around the idea that a person caused the death of another by "perpetrating an act eminently dangerous to others and evincing a depraved mind, without regard for human life."

"It’s a pretty rare charge. I was a sitting judge, full time, for 36 years and I saw maybe one or two third-degree murder cases," Burke said. "The idea of a depraved mind is an ambiguous term, so if your listeners are thinking, ‘What’s a depraved mind?’ that’s the point. It’s kind of a nebulous charge."

As for a third-degree murder charge in the Potter case, Burke said, "A depraved mind inherently says you were thinking something and it’s idiotic, it’s depraved. That’s why I think it doesn’t necessarily fit the facts of this situation if I understand the facts correctly."

Burke said second-degree manslaughter is defined as a "negligent killing."

"In terms of what I do know about the facts, this is the appropriate charge," Burke said.

Burke said he has seen the family’s pain following the death of 20-year-old Daunte Wright and understands the community outcry but said public perception should not shape a charging decision.

"The bottom line is, if you want to have a fair justice system, you really can’t let that happen," Burke said. "And the particular charge isn’t as important as, will there be systematic reform to make sure this never happens again?"

Potter’s criminal complaint lists the maximum sentence for a second-degree manslaughter charge as 10 years in prison, although Burke said Potter would likely face around four years.

"The sentencing guidelines presume a sentence with a zero criminal history score between 41 and 48 months," Burke said, "Although a judge can depart from the guidelines, and there are two ways a judge could depart. One is durationally, the length of time, and the other is just positionally, whether you would not send somebody to prison but might keep them in the community serving time in a local workhouse or jail."