Twenty-nine green wolf pack helmets sit lined up on the floor at Park High School in Cottage Grove and Activities Director Phil Kuemmel is keeping close track of them.

"We really don’t think we will have enough for practice next week," he said.

Due to a supply chain issue, there is a shortage of resin and parts for football helmets.

Kuemmel placed his traditional helmet order last winter, and those helmets were received by this summer. However, Park High School’s football program is growing, which means more helmets are needed.

"We put an additional order in in June, and then a second order in in July, and usually the turnaround is one to two months," Kuemmel said. 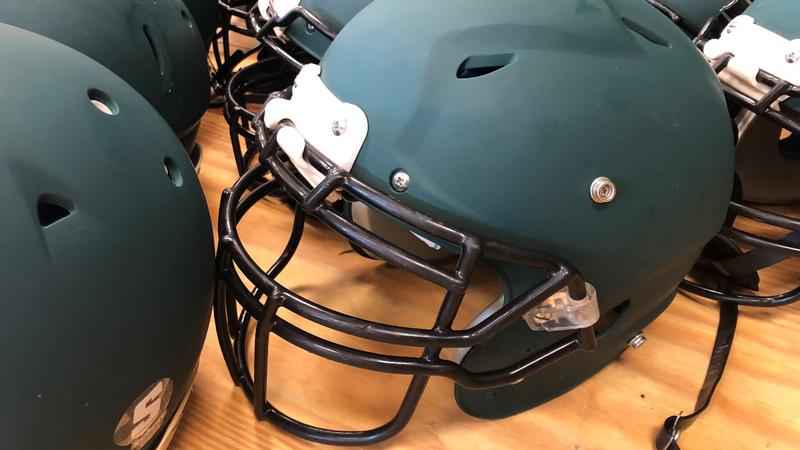 Cretin Durham Hall High School ordered helmets in May and was initially told they would arrive in late July or early August, but that date was pushed back to the end of October — too late for the season. It forced the school to connect with a different vendor that was fortunately able to help.

But experts say the shortage is impacting all brands across the country.

"They are just not able to get parts from the suppliers they usually get them from, and timing is everything, and it’s football season next week so there’s a big crunch," Kuemmel said.

The shortage is not only helmets, but pads and other sports equipment are in low supply, according to activities directors around the metro.

Schools are urging their coaches to check inventory and order early in case the same problems exist for other sports come winter and spring. For right now, Kuemmel is hoping another tactic could bring a few extra helmets his way.

"We think we are going to reach out to other neighboring schools to see if they have a few extra helmets to see if they can help us out a little bit, not that anyone has hundreds and hundreds laying around, but if they have 10 extra it might be the right size that will fill us in," he said.