George Floyd’s family is launching a grant program for businesses and organizations in the area of 38th and Chicago in Minneapolis in an effort to revitalize the Southside neighborhood.

Applicants can receive up to $25,000 and larger grants will be considered.

The fund is now accepting applications and will continue accepting them until all funds are distributed on a quarterly basis.

On Jan. 27, Minneapolis City Council President Andrea Jenkins will hold a town hall meeting at the University of St. Thomas to explain the application process.

“It’s been two years so we’ve been fighting and fighting,” Sam Willis, Just Turkey restaurant owner, said. “When do we have to stop fighting?” 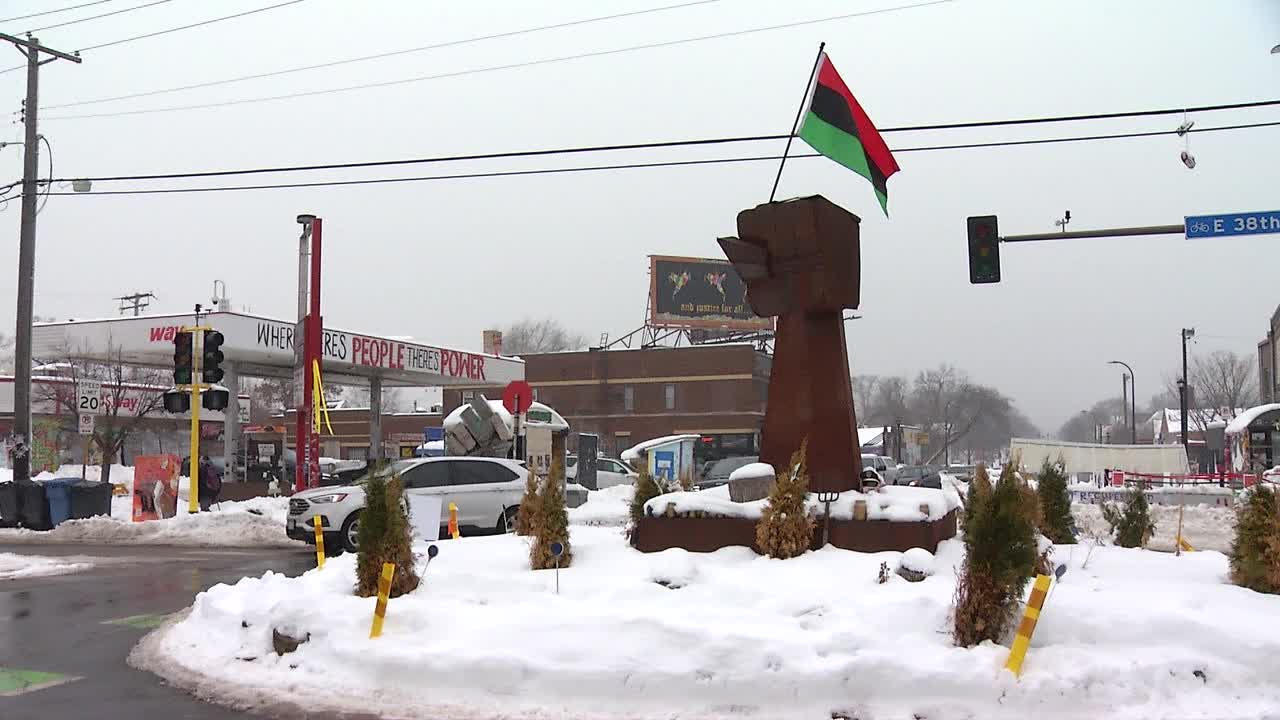 For the last few years, battling for the survival of “Just Turkey” has been Willis’ main focus, but he said he can’t do it alone.

“We have been forgotten and it feels like we’ve been neglected,” Willis said.

Willis’ restaurant is located steps away from George Floyd Square.

Willis explained making improvements to the intersection could bring more people back to the area.

“Businesses is down tremendously so it’s unfortunate,” Willis said.

The Ward 8 Community Benevolence Fund created by the Floyd family is hoping to keep places like Just Turkey in business.

“The community was there for them and supported them greatly and so the family is very much looking forward to giving back,” Jeff Storms, the Floyd family’s attorney, said.

According to the grant, black and minority-owned businesses, organizations and other groups in Ward 8 can apply.

The fund totals half a million dollars that came from the Floyd family’s civil legal settlement with the city of Minneapolis back in 2021.

“The city did offer a $50,000 forgivable loans to many of the businesses in that area and has since forgiven those loans,” Andrea Jenkins, Minneapolis City Council president, said. “But that’s not enough.”

Jenkins explained restoring the area to bring business back is an important step in helping the South Minneapolis neighborhood heal.

“I think not only restore, but I think rebuild this community as a place to honor the life of George Floyd and others whose lives were cut short by police violence,” Jenkins said.

Willis said these grants only fix one piece of the puzzle.

Applicants can apply for The Ward 8 grant on the organization’s website.

Jenkins explained she’s working with community groups to find ways to redesign the George Floyd Square intersection, but the process will take time.

She said people can expect to see a brand new George Floyd Square within five years.