The family of George Floyd has announced the creation of a new fund to help Minneapolis’ 38th Street and Chicago Avenue community.

The family and its attorneys, led by Ben Crump, said the fund will award grants to eligible businesses, community organizations and nonprofits serving the community at 38th and Chicago, or encouraging the success and growth of Black citizens and community harmony.

McBrayer works as a community organizer down the street from the Floyd memorial, at the central area neighborhood development organization. 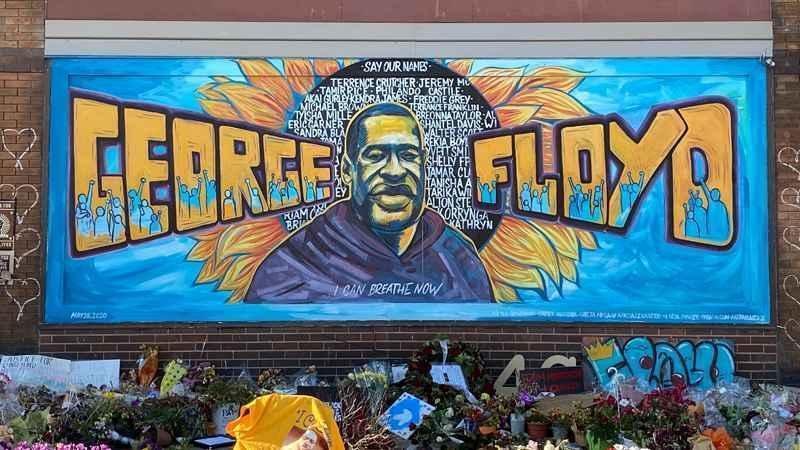 Grant applications will be reviewed by the fund’s board, which will consist of Floyd’s family members Terrence Floyd, Bridget Floyd, Philonise Floyd and Roxie Washington, as well as members of their legal team, such as Ben Crump, Antonio Romanucci, L. Chris Stewart, Jeff Storms and Scott Masterson. The board will also have spots for community leaders and corporate partners, the release states.

The family is encouraging corporations and professional sports teams in Minneapolis to join the efforts by contributing to the fund, joining the fund’s board or both.

"As we mark the one-year anniversary of George Floyd’s horrific death, the family feels deeply that something positive should come from the pain and injustice he suffered. The George Floyd Community Benevolence Fund will be an instrumental, long-term partner to the Black-owned businesses in the neighborhood where he died, where we all have seen the continued negative impact of systemic racism," Crump said.

"George’s legacy is his spirit of optimism that things can get better, and our family wants to bring that hope to the community where he died, so that together we can make things better for the Black community in Minneapolis and beyond," Terrence Floyd, brother of George Floyd and officer of the fund board, said.