Fireworks were launched from cars in downtown Minneapolis late Monday night, endangering drivers and pedestrians in the area.

Interim Minneapolis Police Chief Amelia Huffman said overnight on the Fourth of July, from 9 p.m. to 4 a.m., the city had more than 1,300 calls to 9-1-1. Huffman noted that’s typical of how many calls the city gets in an entire day.

Huffman added that officers responded to these trouble spots, but the people there wouldn’t listen to police commands, and were sometimes aiming fireworks at officers.

Addressing the chaos and unrest that occurred, Minneapolis Mayor Jacob Frey said those involved need to face consequences for their behavior.

“People — whether they’re doing shootings or blasting off fireworks in a residential area, they need to be held accountable too,” Frey said. “This kind of garbage cannot be tolerated in any city, and it’s our job to make sure it doesn’t take place here in Minneapolis.” 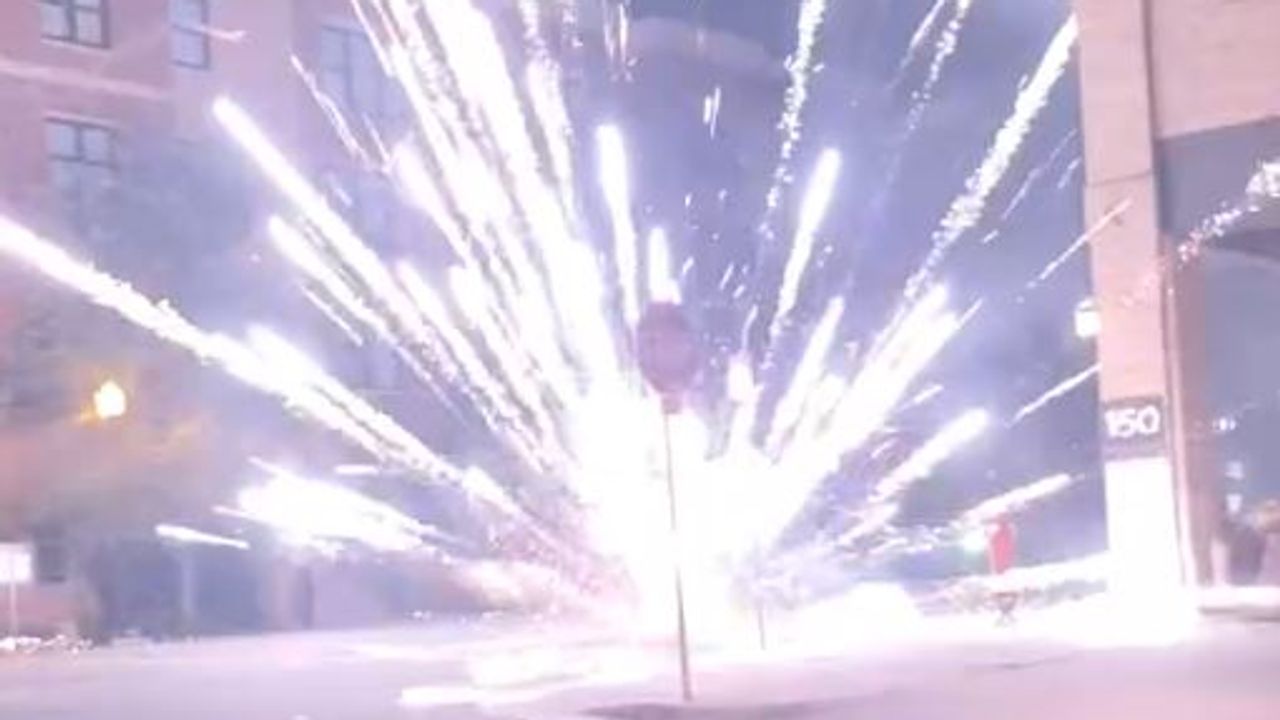 One viewer tells 5 EYEWITNESS NEWS it felt like he was “in a movie.”

A video shows fireworks being thrown out of vehicles, targeting buildings and other vehicles, near Whitney Lofts off Portland Avenue near the Stone Arch Bridge.

“They were being thrown from cars, people were holding Roman candle flares, but not your normal Roman candle flares, they were the big ones that shoot multiple rounds,” Nicky Vegas said. “I could hear this noise and I thought ‘they don’t have fireworks today down by the river.’ It was a whole ‘nother world. Like, I was not what I was expecting and as I got closer and closer to the fireworks, I would get braver and braver but I was still nerve-wracked.”

Vegas says he feels police in the area were handling the situation to the best of their ability.

He witnessed the scene while driving home from another fireworks show, and was initially confused because he thought Minneapolis had canceled its show this year. Vegas says as he got closer to the scene, a spark flew toward him and burned his leg.

No word on if anyone was injured during the incident.