Smoke and flames were seen coming from near Lake Minnetonka Friday afternoon.

According to the Wayzata Fire Department, crews were first dispatched to the scene shortly before 1 p.m.

Between 70 to 75 acres of the swampy area was ablaze, but no neighboring homes caught fire, the Wayzata Fire Department says. Eight neighboring fire departments provided mutual aid, and the Minnesota Department of Natural Resources assisted with the response as well.

The brush fire was seen coming from a marshland near homes along the eastern part of the lake, near Robinson Bay, before 2 p.m. 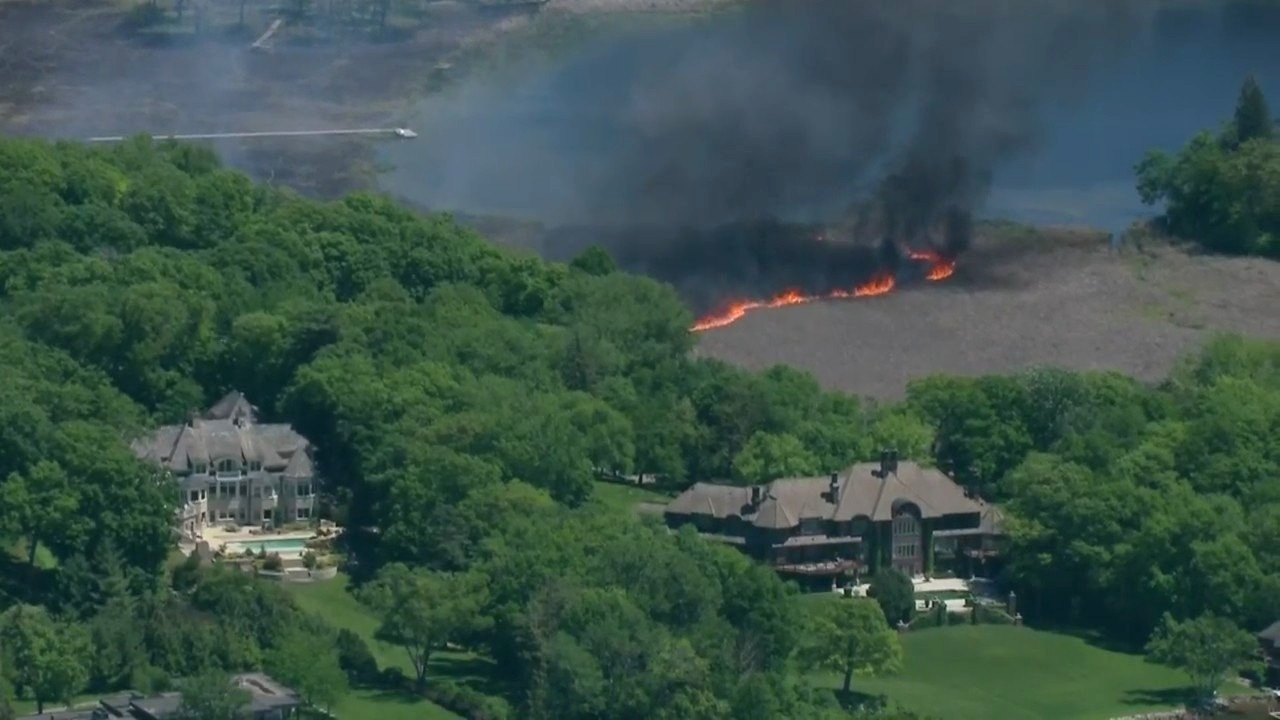 This image shows smoke and flames near Lake Minnetonka on June 3, 2022. (KSTP/Chopper 5)

No firefighters were injured, according to fire officials. Fire crews cleared the scene between 4:30 and 5 p.m.