Minnesota Gov. Tim Walz will lead a trade delegation to Finland and the United Kingdom in November where he will find like-minded government officials when it comes to clean energy initiatives. He learned that Wednesday when meeting with a Finnish trade delegation visiting Minnesota this week.

In a speech to the Economic Club of Minnesota in Minneapolis, Finland’s Minister of Development and Trade Ville Skinnari said his country has a goal to become the first carbon-neutral nation in the world by 2035. In an interview with 5 EYEWITNESS NEWS before the speech, Skinnari admitted it won’t be easy.

"We have to be ambitious," Skinnari said. "If we are not ambitious, we cannot deliver."

A big part of going carbon-neutral would be adapting to nearly all-electric vehicles. Skinnari says it will require government and industry working together.

"In Europe, you hear that manufacturers like Mercedes-Benz say they are fully electric by 2025," Skinnari said. "It’s four years! We as politicians have to create the infrastructure and that’s why I’m so excited to work with the electric vehicle business here in Minnesota and really work together with people in the region, but especially with innovative companies." 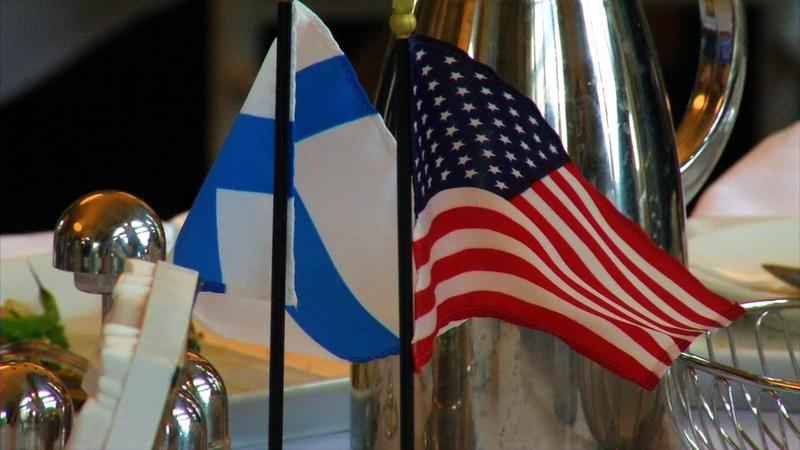 After his luncheon speech, Skinnari met with Walz to sign a "letter of understanding" between Minnesota and Finland.

"It really means that we go to the working level," Skinnari said. "We start to do things between the companies, between the universities. And I’m very honored to meet the governor and very honored to invite him to Finland. So, I really see so much potential between Minnesota and Finland…"

Walz will lead a trade delegation to Finland and the United Kingdom, including about 30 leaders from business, academics, agriculture and medical technology sectors, in mid-November.

Walz issued an executive "clean cars" initiative last summer that has met resistance from Republicans and auto dealers that say they’re being forced to put electric cars on their lots consumers don’t want or can’t afford. Skinnari says there is a similar debate in Finland, but as a former Nokia executive, he compared the electric vehicle prices to cellphone technlogy.

"There is a lot to do, but it’s doable," he said of transitioning to electric vehicles. "It’s like the mobile phones in 1990. Finland, Nokia, we started the revolution actually and how many people said it’s so expensive to buy a phone. It’s so expensive to talk. And let’s look at the world now. So when the volumes go up, the prices go down. So I believe it’s feasible."

Skinnari is a former Finnish national hockey team member and pro player. He was able to attend the Minnesota Wild home opener on Tuesday and visited with the Wild’s Finnish goaltender, Kaapo Kahkonen, in the locker room after the game.