Monday is the last day to vote early in this year’s local election.

With that, efforts to sway voters on key ballot measures are ramping up.

One of the ballot questions in Minneapolis addresses whether the city should replace its police department with a department of public safety. While the movement has support, others say they are concerned about how it will impact the ability to address violent crime.

Mark Lakosky, the Minneapolis firefighters union president, said his organization does not support a contentious question on Tuesday’s ballot.

Lakosky said this is not political, but rather, it’s about public safety. Lakosky said, in some cases, it takes police upwards of 50 to even 120 minutes before officers can get to the scene. On average, it takes about 15 minutes for cases considered critical. 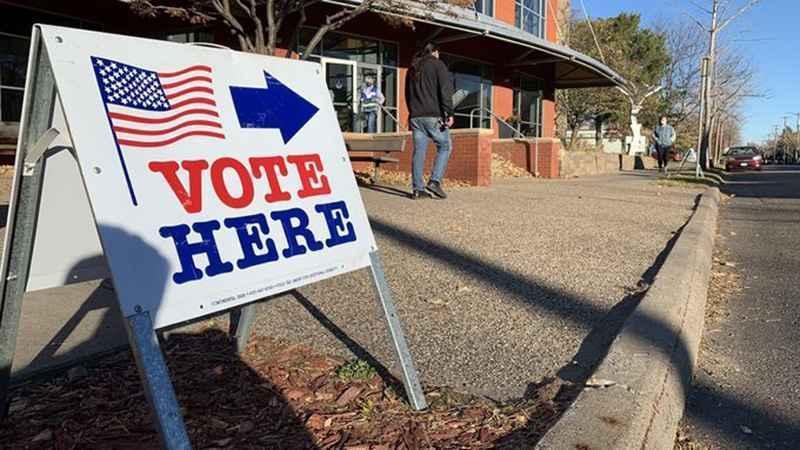 Lakosky said if the measure passes, it could make response times even worse.

During that time, Lakosky said firefighters are there to keep everyone safe. But if the scene is considered dangerous, they are not able to do anything until officers make sure it’s OK.

The union president said crews are already under stress making up time due to the police department already struggling to keep up with national standards when it comes to getting to an emergency.

Lakosky said it all comes down to having enough staff, which ballot question two could dramatically impact.

"What I am asking is, help us help you. Vote no on question two. And give some support to firefighters; let us assist your families," Lakosky said.

The coalition of community groups that pushed for this question on the ballot—Yes 4 Minneapolis—sent 5 EYEWITNESS NEWS a statement, saying, in part, "What must be acknowledged is that the Minneapolis Fire Department has a department structure like every other working department in the city. This is unlike the Minneapolis Police Department, which by all metrics is a failing one, under review by the Federal Department of Justice, and the Minnesota Department of Human Rights – while under the exclusive control of the mayor."

Meanwhile, the public safety ballot measure has roots in the "defund the police" movement that started after George Floyd was murdered by former Minneapolis police officer Derek Chauvin last year.

Many people 5 EYEWITNESS NEWS has talked with in Minneapolis say change is needed, but people have different ideas of what that looks like and how to get there.

"I think all of us are saying that we want change," Teto Wilson said. "I think we’re going to create more chaos by not having a systematic plan about how these changes come about."

Wilson is the owner of a barbershop in north Minneapolis.

He said the answer is not replacing the police department, especially when crime is at its highest.

Wilson said he believes changes need to be made with the current police department instead of drastic, new changes.

Many who oppose the charter say there’s not enough clarity about what it would mean if it passes.

But the authors of it say it’s vague by design. There are a number of residents who say the current system isn’t working and something has to be done.

"The things that work are really neighbors caring for neighbors," Hannah Pritchard, who supports the ballot question, said. "The things that aren’t working is, honestly, calling the police."

Minister Janae Bates, who also supports the measure, said, "By voting ‘yes’ on (ballot question) two, we allow for an actual real public safety system that puts the needs of the city first, and it allows the city to have a citywide accountability and transparent measure with police officers."

In addition to ballot question two, voters will weigh in on two other proposed city charter amendments Tuesday. The mayor’s race and all city council seats will also be decided.