A Minnesota nonprofit already under federal investigation for allegedly stealing millions of dollars in federal funding, is now also being investigated by the state for how it managed charitable donations, Attorney General Keith Ellison announced Thursday.

Feeding our Future is accused of failing to “properly administer and use assets held for charitable purposes” and soliciting donations under false or deceptive pretenses, according to the Attorney General’s Office.

Ellison disclosed the investigation after filing a petition in Dakota County to have Feeding our Future put under court supervision to “protect against potential fraud and waste.”

As first reported by 5 INVESTIGATES last week, Feeding our Future filed paperwork to dissolve the organization after federal agents froze $3.5 million from its bank accounts.

Bank records confirm the corporation is “insolvent or at risk of becoming insolvent” and laid off all of its employees, according to Thursday’s court filing. 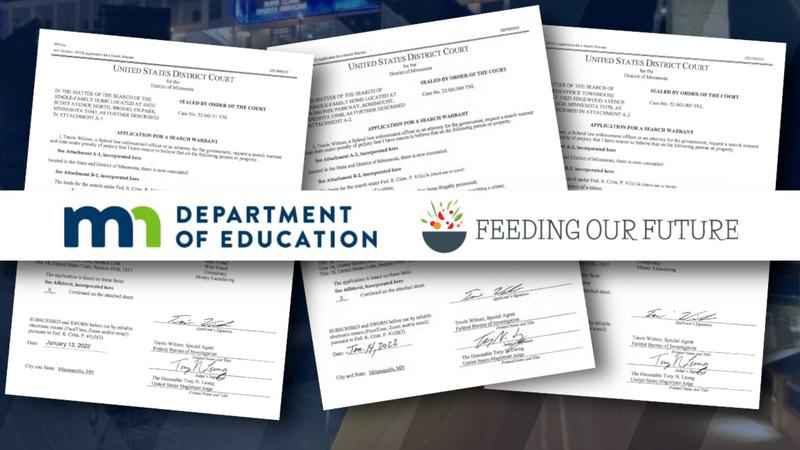 The nonprofit is at the center of a massive fraud investigation involving federal funding that was supposed to help feed underprivileged children during the pandemic.

Instead, FBI agents accused Feeding our Future and other organizations associated with it of spending millions of dollars on cars, luxury items and lakefront property.

No one has been criminally charged as part of the federal probe. Aimee Bock, the nonprofit’s CEO, has denied any wrongdoing.

In a statement last week, Bock said it “was heartbreaking that the organization must dissolve under these circumstances.”

But the attorney general wants the nonprofit put under court supervision while it tries to shut down to protect its ongoing investigation.

Feeding our Future’s charitable activities have been on the state’s radar for at least three years, according to the court filing.

The Attorney General’s Office sent the organization a letter in January 2019 warning it may be “soliciting charitable contributions without being registered” with the state.

Over the next two years, Feeding our Future failed to submit annual financial reports.

When the organization did submit financial records and IRS filings earlier this year, they did not reflect the hundreds of millions of dollars brought into the organization as detailed in recent FBI search warrants, according to the court filing.

Ellison’s office said Feeding our Future acknowledged that their financial records are “likely not up to standards.”

Ellison says his office hasn’t made any formal determination of wrongdoing as of this time. He also stressed that federal authorities are looking into the misuse of federal grant funds while his office is focusing on the governance and oversight of charitable assets held by the nonprofit.