After the jury rendered guilty verdicts Thursday against the three former Minneapolis police officers for violating George Floyd’s civil rights, the federal judge ordered them to meet with a probation officer.

Ex-officers Tou Thao, J. Alexander Kueng and Thomas Lane remain out on bond ahead of sentencing.

Federal Judge Paul Magnuson told the three defendants to, within the next week, meet with a probation officer to begin the pre-sentencing investigation.

Thao and Kueng were found guilty of the crime of failing to intervene and stop ex-officer Derek Chauvin’s unreasonable use of force.

Thao, Kueng and Lane were found guilty of the crime of failing to provide Floyd medical aid at the scene at 38th Street and Chicago Avenue on Memorial Day 2020. 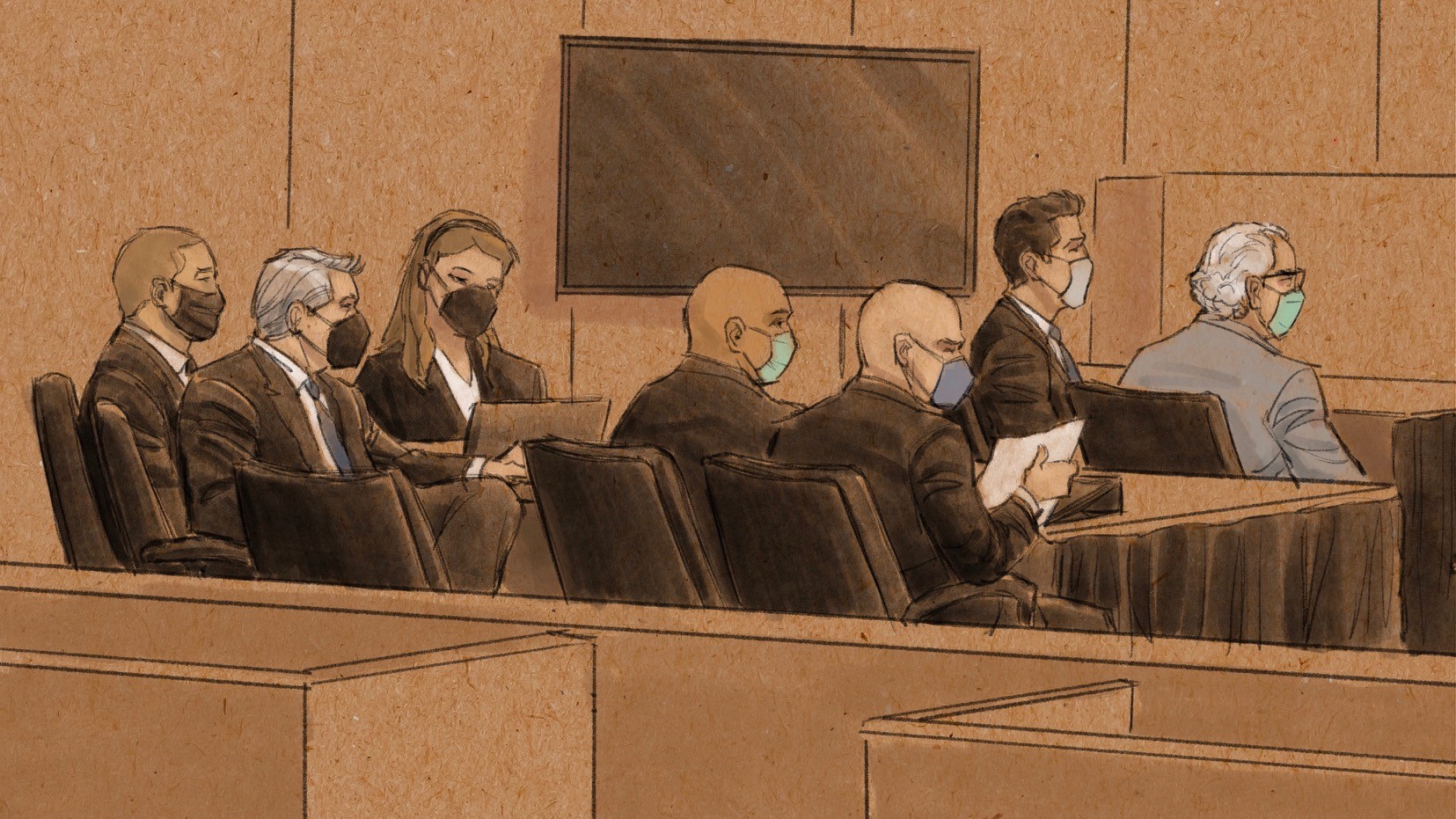 This sketch shows former MPD officers Tou Thao, J. Alexander Kueng and Thomas Lane (from left to right) with their attorneys during a Jan. 11, 2022, hearing before their federal trial begins in the death of George Floyd. (Courtroom sketch by Cedric Hohnstadt)

“I think the vast majority of the public doesn’t appreciate how much goes in, prior to the sentencing hearing,” Erica MacDonald, a former U.S. Attorney for Minnesota, said.

MacDonald says Department of Justice lawyers will write a position paper for the court that looks at other cases, pointing to what they see as a “fair and reasonable” sentence.

The federal probation officer that will conduct the report works out of the U.S. Probation and Pretrial Services-District of Minnesota office.

According to its website, the probation officer will conduct interviews with the defendants, other parties involved in the case, review applicable federal statutes and assemble sentencing guidelines for the judge.

“It’s not binding on the judge what the probation officer recommends but often it does have a lot of sway,” said Mark Osler, a former federal prosecutor and current University of St. Thomas law professor.

Osler stressed that proportionality is key when a federal court decides a sentence with multiple defendants.

“I suspect in this case, the differentiation in the roles between the defendants is going to make a difference and they are going to end up, in the end, getting very different sentences,” Osler said.

Defense attorneys will be able to review the PSI report, with opportunities to raise concerns with the document, legal experts say.

“They are not going to spend the rest of their lives in prison for these offenses but how much time they spend is very open to debate,” Rachel Moran, a former criminal defense attorney and St. Thomas law professor, said.

“The jury’s special finding … it was reasonably foreseeable that the officers’ inactions led to Mr. Floyd’s death,” Moran said, an indication there could be a possible enhanced prison term.

If the judge cross-references Chauvin’s offense with the ex-officers’ actions, Moran said that “special finding” by the jury could lead to a possible prison term of upwards of 20 years.

But Moran said, if it’s not taken into account, that could mean only a couple of years behind bars, based on a review of sentencing guidelines.