U.S. Attorney Andrew Luger said 47 people have been charged in connection to a $250 million scheme connected to Feeding Our Future. Luger called Tuesday’s announcement the “first wave of charges” and noted three of the 47 are expected to plead guilty in the near future.

“This was a brazen scheme of staggering proportions,” Luger said. “These defendants exploited a program designed to provide nutritious food to needy children during the COVID-19 pandemic. Instead, they prioritized their own greed, stealing more than a quarter of a billion dollars in federal funds to purchase luxury cars, houses, jewelry, and coastal resort property abroad. I commend the work of the skilled investigators and prosecutors who unraveled the lies, deception, and mountains of false documentation to bring this complex case to light.” 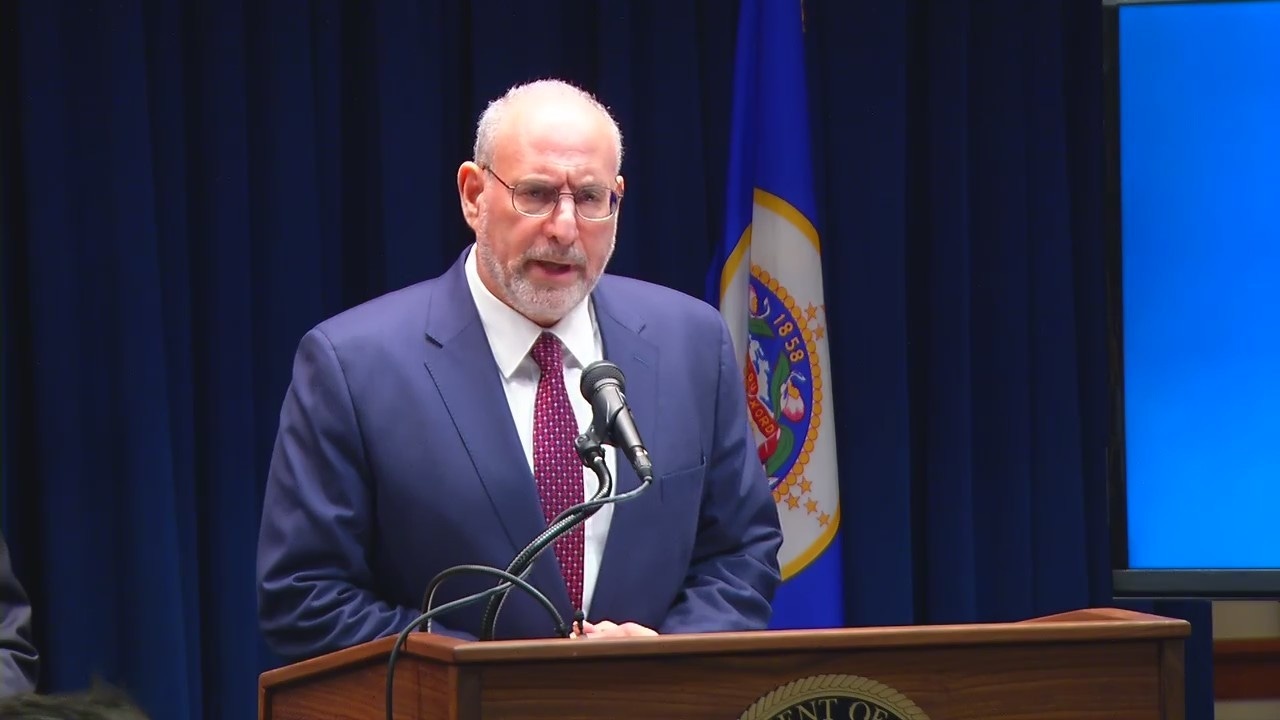 U.S. Attorney for the District of Minnesota Andrew Luger speaks during a press conference on Sept. 20, 2022. (KSTP-TV)

Aimee Bock, the founder and executive director of Feeding Our Future, is charged with overseeing the scheme, through which the nonprofit’s employees recruited people and entities to open Federal Child Nutrition Program sites across the state. The sites then claimed to be serving thousands of children per day within days or weeks of being formed.

Federal officials say those involved also created dozens of shell companies to enroll in the program and receive and launder the proceeds from the scheme.

When the Minnesota Department of Education tried to conduct oversight, the attorney’s office says Feeding Our Future gave false assurances that it was monitoring all of the sites under its sponsorship and the sites were serving the meals as they claimed. However, when pressed further by MDE, Bock accused MDE of discrimination and unfair scrutiny.

MDE then denied Feeding Our Future’s site applications, and the nonprofit responded by filing a lawsuit against MDE that claimed discrimination in violation of the Minnesota Human Rights Act.

Altogether, the attorney’s office says Feeding Our Future opened more than 250 sites across the state and fraudulently obtained $240 million in federal funding. Those involved used the money to buy luxury vehicles, real estate in Minnesota, Kenya and Turkey, property in Ohio and Kentucky, and to fund international travel.

In addition to Bock, also among those charged are Abdiaziz Shafii Farah and Mohamed Jama Ismail, who 5 EYEWITNESS NEWS has previously reported on.

“Exploiting a government program intended to feed children at the time of a national crisis is the epitome of greed,” said IRS – Criminal Investigation Special Agent in Charge Justin Campbell, Chicago Field Office. “As alleged, the defendants charged in this case chose to enrich themselves at the expense of children. Instead of feeding the future, they chose to steal from the future. IRS – Criminal Investigation is pleased to join our law enforcement partners to hold these defendants accountable.”

In response to the charges, Kenneth Udoibok, Bock’s attorney, told 5 EYEWITNESS NEWS, “The fact that one is indicted is not an indication of guilt or innocence. It’s the beginning of the criminal process.” Bock also pleaded not guilty in court Tuesday afternoon.

“Today’s news from the U.S. Department of Justice (DOJ) is a direct result of the persistence and diligent oversight of the Minnesota Department of Education (MDE). As noted in the press conference by the DOJ and the Federal Bureau of Investigation (FBI), MDE partnered with federal authorities and provided them critical information throughout their investigation. When MDE identified the unexplained growth of Feeding Our Future, MDE immediately reported those activities to the U.S. Department of Agriculture’s (USDA) Midwest Regional Office, USDA’s Office of Inspector General, and the FBI until we were able to find someone who would take the troubling spending as seriously as we were. When MDE stopped payments, Feeding our Future hit back with accusations of racism and a sham lawsuit. Because of Feeding our Future’s misrepresentations in that lawsuit, a court instructed the payments to continue.

“Today’s arrests will help protect the integrity of these important programs and will allow the programs to continue feeding children and families in need. MDE will continue to work with federal partners to hold bad actors accountable and improve the USDA’s Child and Adult Care Food Program (CACFP) and the Summer Food Service Program (SFSP) so this does not happen again.“

5 EYEWITNESS NEWS will continue tracking this story and have more on the charges Tuesday night. Check back for updates.