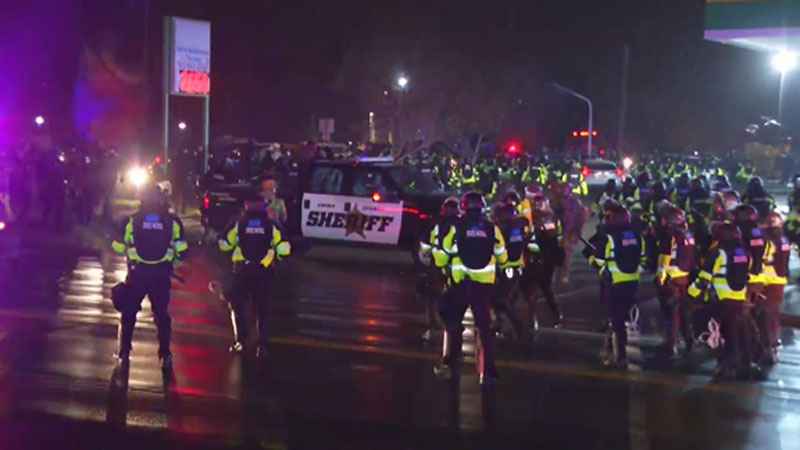 The restraining order, filed against Minnesota Department of Public Safety Commissioner John Harrington and Minnesota State Patrol Col. Matthew Langer, comes amid protests over the killing of Daunte Wright by a police officer in Brooklyn Center.

The plaintiffs in the case, which includes the Communications Workers of America and Jared Goyette, a local freelance journalist, cite several alleged examples of police firing rubber bullets at press, ordering press to disperse despite their exemption to curfew orders and "other acts impeding the press’s ability to observe and report about," the protests going on in Brooklyn Center.

The temporary restraining order stops state police from arresting, threatening to arrest or using physical force such as flash-bang grenades, non-lethal projectiles, riot batons and other means against journalists. The ruling also does not require journalists to disperse when dispersal orders are given by law enforcement.