What to do with large wake surfing boats on Lake Minnetonka is still unclear. One thing that is clear — these boats are here to stay.

Wednesday night, at a packed Wayzata City Hall, the Lake Minnetonka Conservation District held a public listening session about the issue. The main concerns brought up: the large wake they create and the general nuisance with how they operate.

As of now, the large boats are patrolled like any other — they can’t operate within 150 feet of the shoreline, other boats, swimmers or docks (generally the Minnesota DNR says a good rule of thumb is 200 feet). But a recent study from the University of Minnesota highlights surf boats require distances more than 500 feet from shore to decrease their wake to levels similar to those of non-wake surf boats at 200 feet from shore, the recommended distance for recreational boats.

Lake Minnetonka is unique in that the LMCD can set regulations (instead of the DNR) — while there are many more steps before any possible regulations are set, they’re getting closer.

“We just ask that LMCD consider keeping boating open to all families,” Jill Sims, with the National Marine Manufacturers Association, said, adding “As well as supporting some boating education efforts that we actually started earlier this year.” 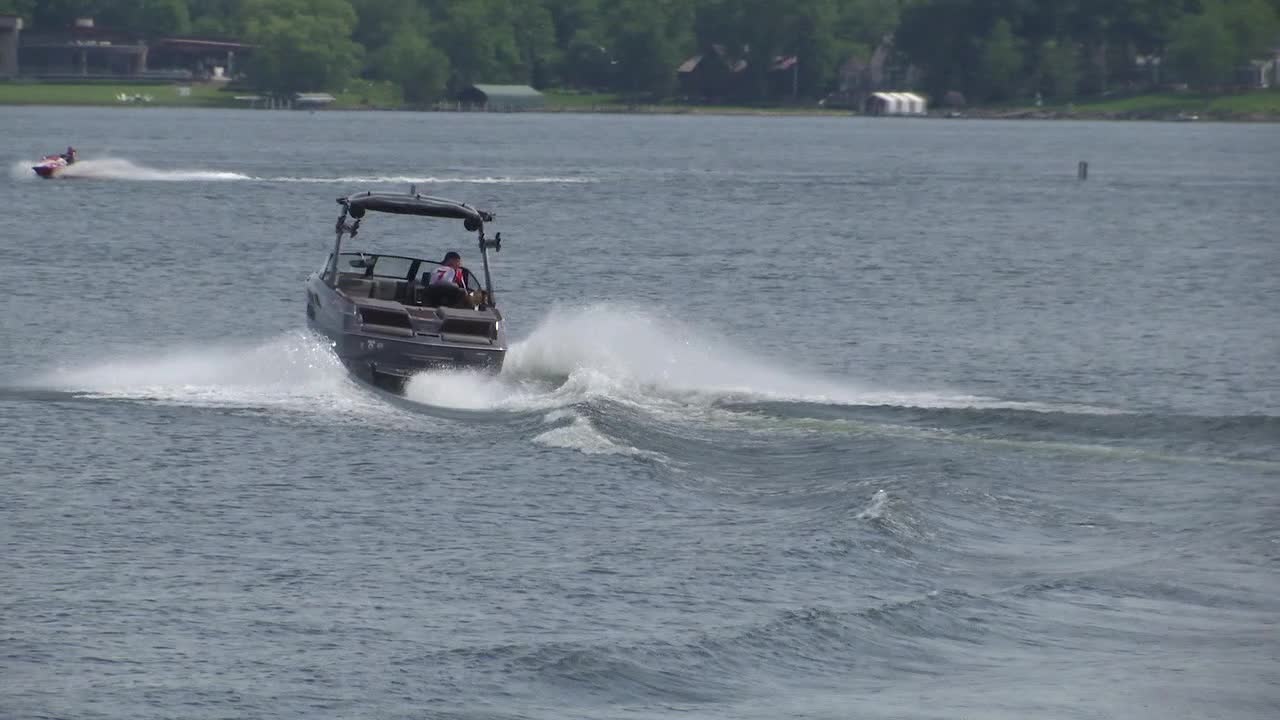 A boat on Lake Minnetonka (KSTP).

Because surf boats are patrolled like other recreational boats, Sims says education is key right now. She and the NMMA work to both promote recreational sports on lakes and preserving water and shore quality.

To help, the DNR has their Own Your Wake campaign to educate boaters.

There’s more to this than just disturbing a shoreline cruise on the pontoon, these boats can poorly impact shorelines if not operated well.

“I know the wake surfing industry is concerned that regulations can limit use where these boats can be used — but I would also be concerned with algae blooms,” Jeff Forester, executive director of Minnesota Lakes & Rivers, said. “When you wash out shorelines [on a lake] it releases phosphorus in the water, which drives algae blooms.”