UPDATE: The son of the woman who died in a shooting Sunday night in Apple Valley has been arrested.

In an update Monday, Apple Valley Police said officers who responded to the 900 block of Oriole Drive just before 6:30 p.m. found a 49-year-old woman dead with a gun in her hand. Her son, a 25-year-old, was also found suffering from gunshot wounds and admitted to participating in the shooting, according to police.

The son was treated at a hospital and, upon his release, taken into custody by police.

Additionally, the department said a vehicle that fled the scene is believed to have driven to M Health Fairview Ridges Hospital in Burnsville. Police said the driver of that vehicle is the ex-boyfriend of the woman who died in the shooting. 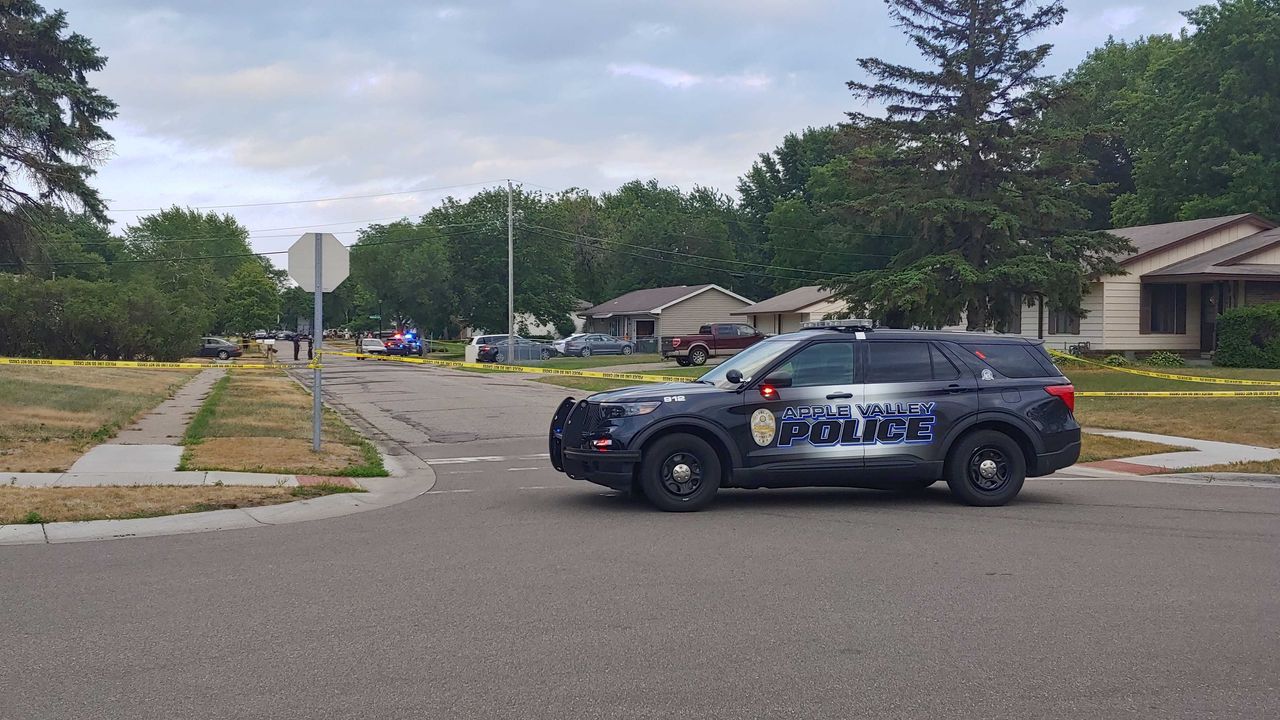 The ex-boyfriend was treated for gunshot wounds and was in serious condition as of Monday morning.

Police said they don’t believe anyone else was involved in the shooting, which remains under investigation by Apple Valley police. The Minnesota Bureau of Criminal Apprehension is also helping with the case.

The Apple Valley Police Department has released preliminary information on a shooting that occurred Sunday evening that killed one person and left another injured.

Police were dispatched to a weapons call in the 900 block of Oriole Drive shortly before 6:30 p.m.

When officers arrived they found two people who had been shot, one fatally.

Police have not stated the condition of the person who was hospitalized.

A neighbor tells 5 EYEWITNESS NEWS two bullets hit his window, located next door, describing the incident as a shootout.

“this is the other hole, and there’s a piece of wood that sits here. so this window, both of these crank out so it’s just really unbelievable that it hit right there,” said one neighbor. “My son wasn’t in there at the time, but boy, that could’ve changed pretty quickly.”

He adds one of the people shot was a woman who lived next to him, and he also saw a champagne-colored SUV leave the scene.

“Our department is in the very early stages of this investigation and will work with our law enforcement partners to provide more information as it becomes available. Thank you for your patience, please avoid the area of the shooting to allow for a diligent processing of the scene.”

This is breaking news. KSTP is working to get more details and will post updates as more information becomes available.