Farm fields across Minnesota are quiet and dormant now.

Winter is finally here, after a difficult growing season for farmers across the state.

“Specifically for us, it was a really awful year,” says Betsy Wentz, from Rotational Roots Farm in Goodhue County. “We struggle with germination and being able to produce crops.”

At the Minnesota Farmers Union annual convention this weekend, much of the talk is about this year’s drought — and what’s to come in 2023.

“Now that the ground has froze, if we don’t get much moisture and water, essentially snow melt going into the soil, we have major concerns for next spring and the next growing season,” declares Matt Kruger, who purchased his Olmsted County farm just two years ago. 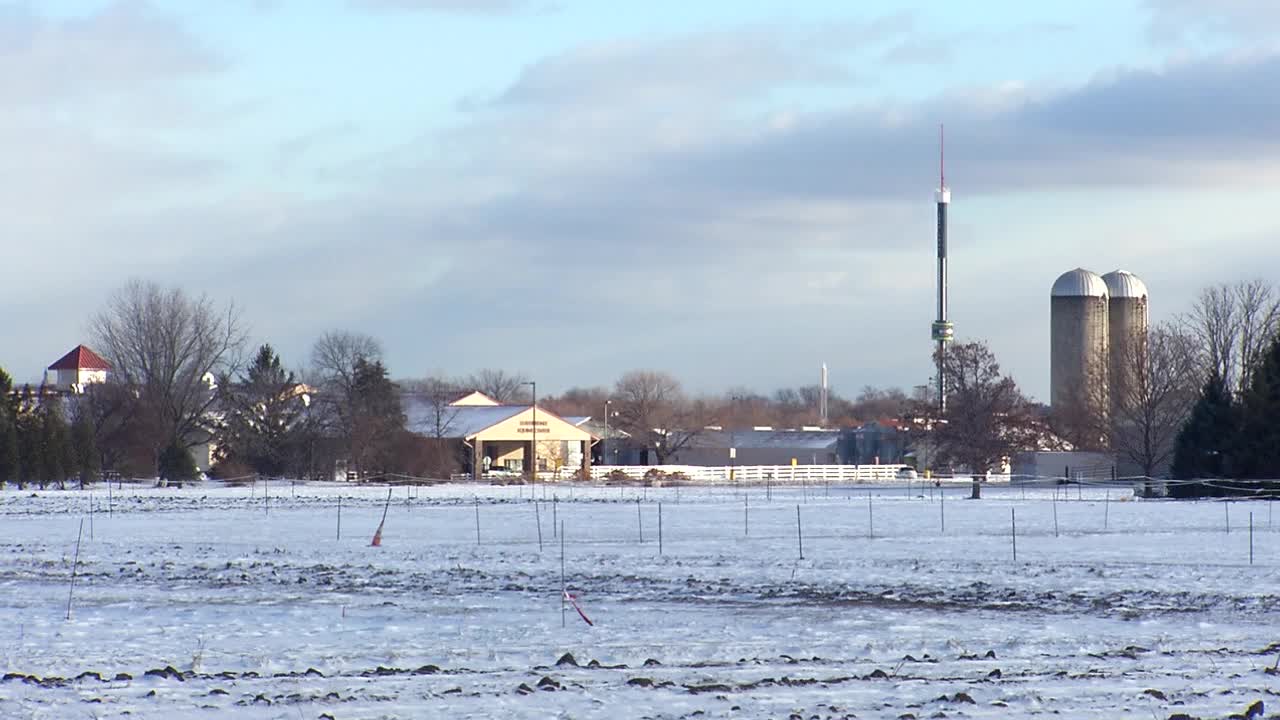 Farm fields across Minnesota are quiet and dormant now (KSTP).

This past summer was a mean season for growers like Isanti County farmer Alan Teich, who we visited back in August.

Dry dirt crumbled through his fingers like sand; his stunted corn crop had been cut in half.

“It’s pretty dry,” he said at the time. “We’re about five inches of rain behind the scheduled season, which we usually get.”

June and July each saw slightly more than an inch of rain, far less than the four-plus inches normally falling during those months.

Wentz says the rain patterns could be very frustrating.

“We had to upgrade our well pump because we were unable to generate six gallons per minute,” she explains. “We live in a valley and for some reason we would watch the rain go on one side of us, I mean, within a few miles, and the other side of us. But our farm specifically was very affected.”

Kruger, who has beef cows, and grows corn and oats, says he applied and received about $3,100.

“Me as a livestock producer, I’ve got some beef cows that helped supplement the hay I had to buy for my beef operation,” he says. “It’s needed because our climate is so unpredictable going forward. I have major concerns. We’re either going to have too much moisture or no moisture. It’s hard to find that happy medium.”

He’s not saying how large the fund would be, but says the state’s budget surplus makes the timing good.

“I think it makes sense to us as we address climate change to start thinking about permanent funds,” Walz notes. “Some years we might not use it, and again, it’s the legislators prerogative to put it in and put the guardrails around it, but it lets us move if we’re out of session or something like that.”

Farmers who spoke with 5 EYEWINESS NEWS say the idea of a permanent safety net is a good idea, given the threat of more frequent drought in coming years.

Meanwhile, drought conditions are still ongoing, and are expected to continue through late February.

Farmers Union President Gary Wertish says he hopes a permanent fund will add some stability to an often unpredictable profession.

“Ideally, that would be very helpful, get something in place, so you wouldn’t have to go through the political fights,” he says. “Something would be in there, it would be a process that when that gets triggered, when it gets put in, that could be worked out — that could be very positive. That would help keep farmers on the farm.”