Fans are likely at the Twins’ home opener. But how many?

A source in the Minnesota governor’s office says it’s likely the Minnesota Twins will be given "guidance" this week on how many fans will be allowed at the home opener on April 8 and other early-season games.

However, a formal announcement and details might not be revealed until next week.

Last month the Twins proposed a plan for 10,000 fans to the governor and Minnesota Department of Health, about 25% capacity. It’s unclear if they’ll be allowed to have that many, but the team is preparing for fans in-person at the opener.

"Things are trending in the right direction," Twins spokesman Matt Hodson told 5 EYEWITNESS NEWS. "No guarantees, but we’re hopeful that once again first pitch here on April 8th will be in front of some Twins fans."

Gov. Tim Walz has repeatedly talked about Twins fans in the stands as a benchmark in pandemic progress. 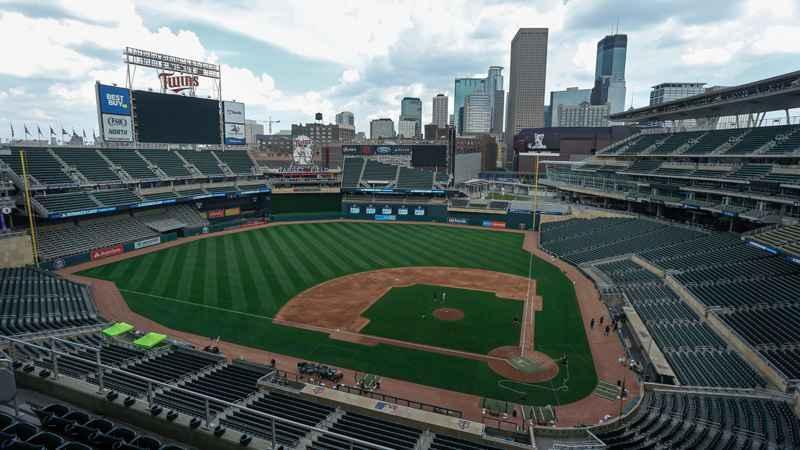 The Minnesota Twins grounds crew prepares the field between sessions at a baseball camp Friday, July 3, 2020, in Minneapolis.[AP Photo/Bruce Kluckhohn]

"It is very possible and probable we will have fans back in those stadiums this summer," Walz said last month.

5 EYEWITNESS NEWS has learned negotiations between the governor and Twins are in the final stages. The Twins point to their success at safely bringing fans back to spring training games in Fort Myers, Florida, as an example of why they’re so optimistic.

"We’ve just extrapolated a larger stage here at Target Field," Hodson said. "We have the same pod setup. Some of the same gate procedures, contactless ticketing and the like, and we’ve learned it can be done safely and done well."

In preparation for bringing fans back, the Twins emailed their season ticket holders and asked them if they want to keep their tickets on hold or use tickets for limited capacity games. They will get credits for tickets to future games if they choose not to attend early-season games. Those who do plan to use their priority access to games are being told they won’t likely have their normal seats until the team gets permission for full capacity.

Hodson says the Twins will be able to prepare for fans at the home opener if they have at least three weeks’ notice.