Purple and white balloons mark the spot where 21-year-old Charlie Johnson was shot and killed Saturday morning outside Monarch nightclub in Minneapolis.

His family says he was waiting on the sidewalk for a ride when gunfire erupted nearby just before 2 a.m.

The medical examiner says Johnson was hit in the chest and died.

Pictures on social media show his zest for life. His family says he loved the outdoors, swimming, boating and wake surfing, along with fishing and hunting.

His aunt said, "His desire was to be an engineer, to love his family, to travel. He was so, so sweet, and very shy." 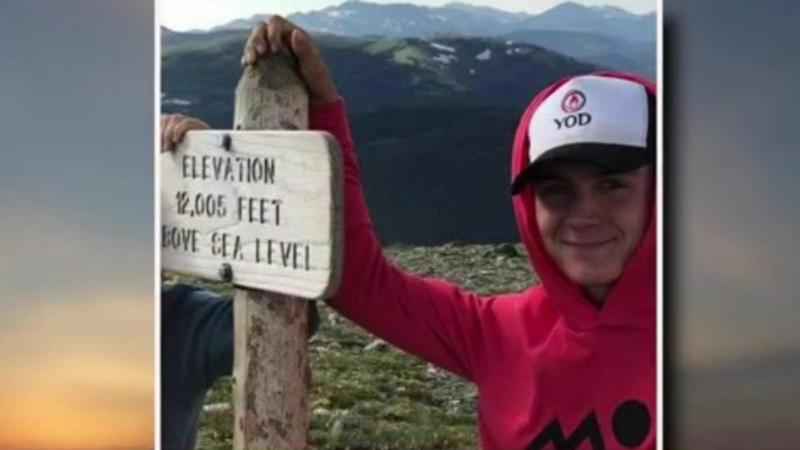 His family has started a social media campaign called "I am Charlie."

"This beautiful man is my son. He was stolen from us yesterday. He was the best of all of us and left a beautiful impact on every single life he touched. He is my hero. Please, say his name with me and let’s work together with peace and love to end this culture of gun violence and crime," his dad wrote.

Johnson was set to graduate from the University of St. Thomas with an engineering degree Saturday afternoon.

Hours after his death, his sister and best friend walked the stage accepting his diploma, sharing hugs and tears with staff and many others in attendance.

She later wrote on social media: "Oh, my Charlie. My best friend. My angel and hero. You’ll always be the most special person in my life. You lived your life so full and so true to yourself with a smile on your face. This world has a lot to learn from you." Minneapolis police say 209 people have suffered gunshot wounds in the city so far this year. That number was 81 last year at this time."

The Hennepin County Medical Examiner identified the other man who was shot and killed Saturday as 24-year-old Christopher Jones Junior. He died from multiple gunshot wounds. Minneapolis police believe he was one of two shooters involved.