Without the efforts of bystanders and an officer, Minneapolis police said an unconscious woman trapped in a burning vehicle last month would not have made it.

“We just want to thank the people who pulled her out — came to her rescue — I’m forever grateful,” said Danita Pfeiffer, the crash victim’s mother.

Pfeiffer’s daughter Alexis Williams was a passenger in a car that crashed into a pole, in the early morning hours of May 3, near University and 29th avenues southeast in Minneapolis.

“I couldn’t get here fast enough. It’s scary,” Pfeiffer said. She recalled driving several hours from Iowa to find her daughter in a Minneapolis hospital. “She had burn marks on her face.”

It’s been an emotional journey in the last month for Williams trying to remember the moments surrounding the wreck.

The 22-year-old, suffered a traumatic brain injury, along with many other injuries including her back from the accident. 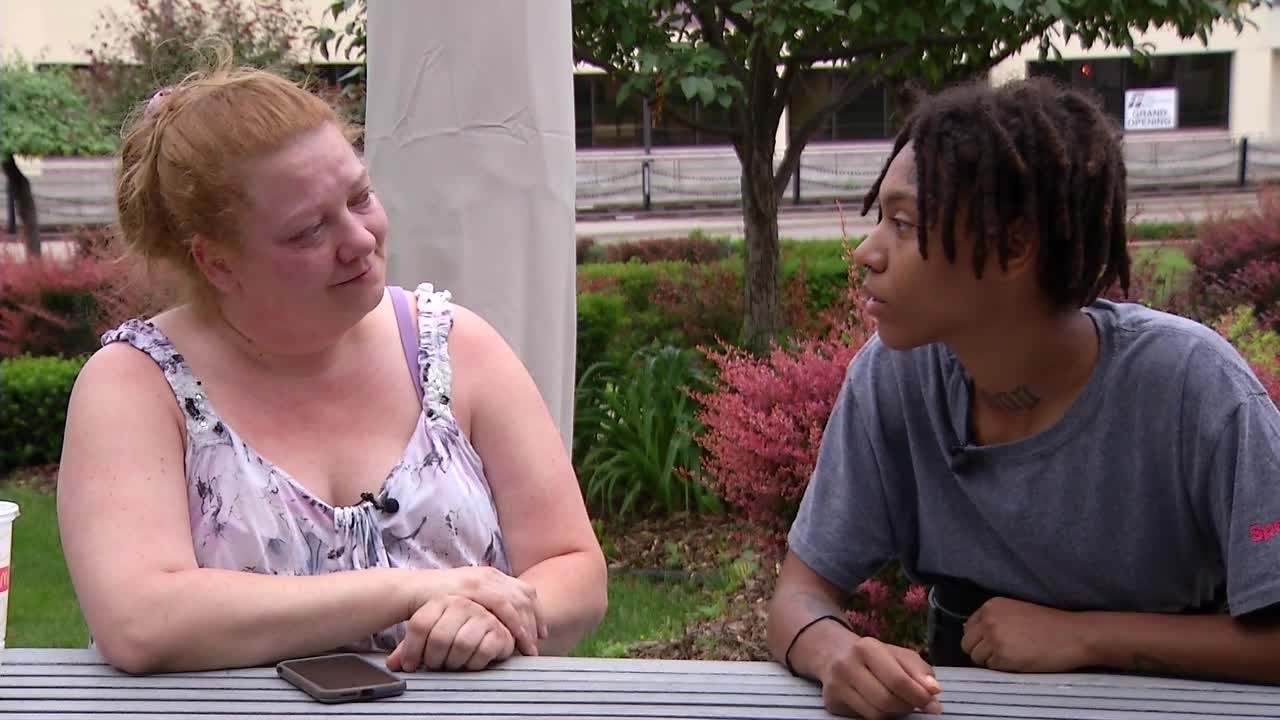 Danita Pfeiffer, left, looks at her daughter Alexis Williams during an interview Wednesday, June 15, 2022. Williams survived a fiery car crash May 3 on University Avenue Southeast after bystanders and a police officer rescued her from the vehicle. (KSTP)

“The doctor said I was supposed to be paralyzed — the fact to talk now and communicate and even walk around, and move my hands,” Williams called it a miracle.

While en route to the accident, police dispatch told officers that one person was ejected, and another was trapped inside the vehicle that was starting on fire.

The officers arrived within a minute and a half.  That’s when the two Minneapolis officers observed bystanders attempting to pull a trapped victim from the burning vehicle, leading one officer to assist in pulling out the woman through a window to safety, according to MPD.

“I feel every kind of emotion,” Williams said of her recovery. “I feel more grateful.”

Williams and her mother said they would someday like to meet the bystanders and police officer who came to help.