The Minneapolis Police Department is trying to find the person who fired a stray bullet that struck an innocent victim who’d stopped to watch a pop-up street hot rod event early Saturday morning.

The victim has been identified by family members as 17-year-old Nicholas Enger from Cambridge, which is just north of the metro area.

Enger was a junior at Cambridge-Isanti High School who loved anything with a motor as well as his friends, family and fishing.

"There are a lot of dreams and hopes that Nicholas had that he can’t fulfill now," Amanda Bolz said about her son. 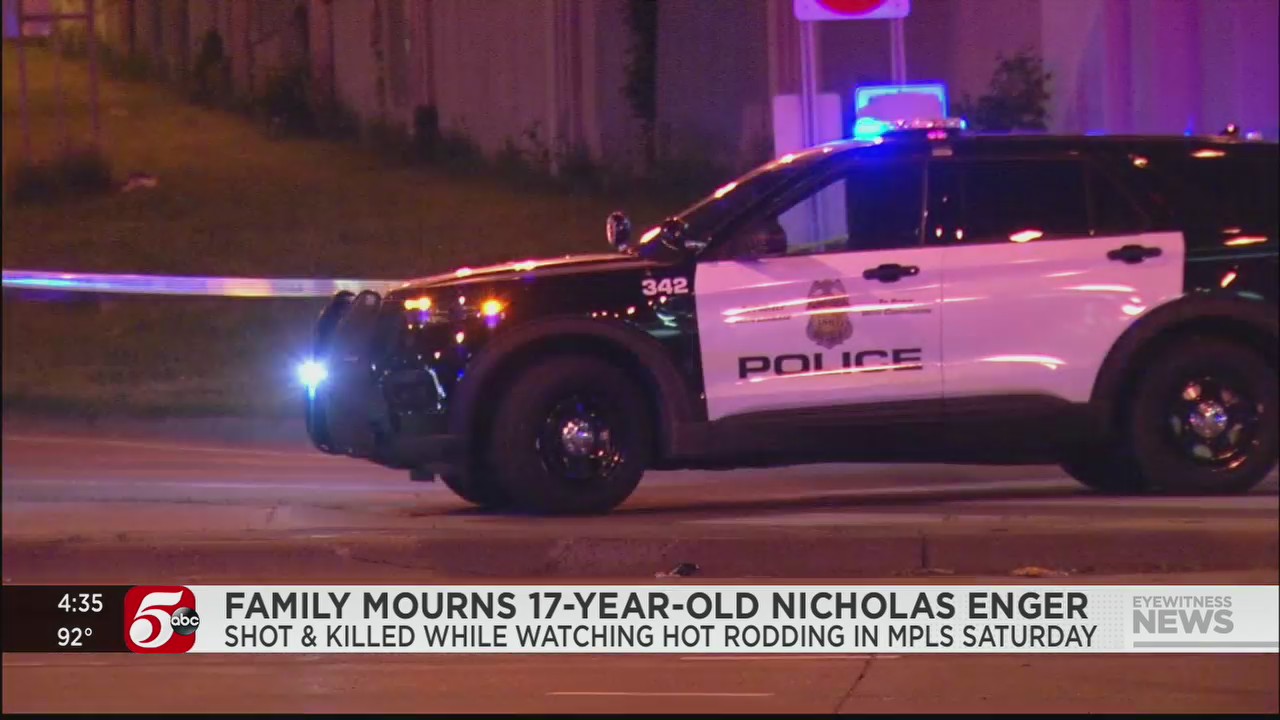 MPD said some cars were out “hot-rodding,” doing spin-outs on East Lake Street where Hiawatha passes over it early Saturday morning.

A crowd gathered to watch the cars involved, according to police.

Enger and some friends went down to the “cities” that night, according to family.

At some point, two people involved in the driving incident got into an argument and opened fire, and a stray bullet hit Enger as he stopped to watch the cars. That bullet took Enger’s life, his mother told 5 EYEWITNESS NEWS.

MPD said officers performed CPR until paramedics arrived, but Enger died a short time after arriving at a hospital.

These pop-up hot rod events on the streets need to stop, his mother said.

Bolz said faith is helping her during this difficult time.

"That’s the only thing that gets me through other than my family,” Bolz said. “I know I will see him again, he’s in heaven."

Two of Enger’s teachers offered the following reflections, calling him a kind and outgoing person.

"Nick was deeply committed to his friends and would stand by his friends no matter what. He also had an incredible relationship with our staff and was known for his kindness," teacher Mary Sima said.

Teacher Linda Droubie added, "Nick brightened up the classroom when he entered with his outgoing positive personality and his wonderful sense of humor. He was an absolute pleasure to work with and it was a joy to watch him mature into such an incredible young man."

Anyone who has information that can help investigators catch the shooter can remain anonymous by contacting MN Crime Stoppers.