Families that lost loved ones in police use-of-force incidents came together in Minneapolis Monday, one day before the anniversary of George Floyd’s death.

The families traveled from across the country to take part in an in-person panel discussion entitled "The State of Black and Brown in America."

The hour-long discussion took place in a ballroom at the Foshay. It included the mother of Daunte Wright, the mother of Trayvon Martin, the mother of Eric Garner, the parents of Corey Jones, the mother of Oscar Grant and the sister of Botham Jean, along with founders of several nonprofit groups.

The families shared their thoughts on what has, and hasn’t, happened in the year since George Floyd was killed.

"If they would’ve passed bills before this, my son would be here right now," said Katy Wright, the mother of Daunte Wright. 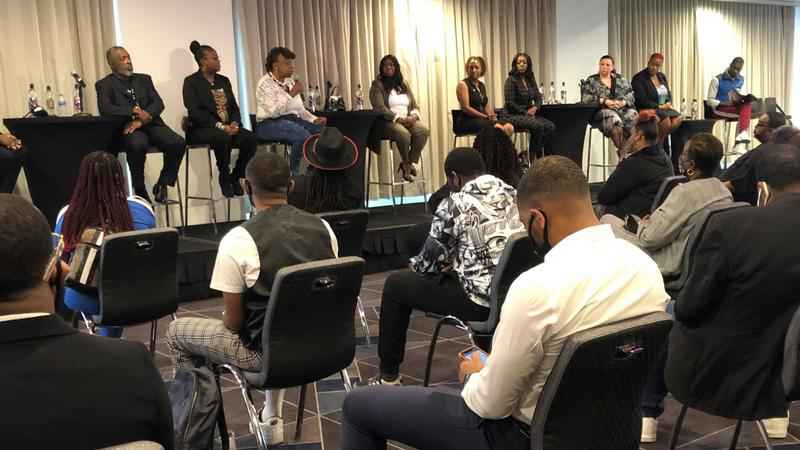 Daunte Wright was shot and killed during a traffic stop in Brooklyn Center in April. Former officer Kim Potter was seen on body camera video calling for her taser while firing her gun.

Katy Wright voiced frustration over police reform legislation moving too slowly on both a state and national level.

"They’re just slowly pushing and not passing things they need to pass. And my heart breaks because, unfortunately, with all the baby steps they’re taking, who’s to say there’s not going to be another Daunte?" Katy Wright said.

Many of the panelists noted the conviction of Derek Chauvin last month as a ‘starting point’ for change.

"Right now, everyone is on a high from the Derek Chauvin verdict but we still need to keep same energy and start applying pressure to our politicians," said Allisa Findley, the sister of Bothan Jean, who was killed in Texas in 2018. "Apply the pressure. Don’t take your foot off the gas just because we got a conviction."

"A lot of people talk way too much for me. They talk a lot, but guess what? The action is what’s important," said Sybrina Fulton, the mother of Trayvon Martin.

K.C. Fox, founder of Sisters of the Movement, added, "Stop blindly voting for somebody. Stop blindly just checking the box that was checked the year before because your grandma and her mama told you to check that box. Read for yourself, understand who these people are that you are putting in positions of power to make decisions over whether you live or die."

The families asked protestors to keep coming together like they did in the days following George Floyd’s death.

"We need to band together and keep that fire going. We cannot stop, we cannot rest, we cannot think it’s over because there’s so much left to be done," Findley said.