In the trial watched around the world, more than 40 witnesses took the stand over nearly three weeks. A jury found Derek Chauvin guilty of second and third-degree murder and second-degree manslaughter in the death of George Floyd.

Donald Williams was among the first to testify. He took the stand on March 29 and March 30.

Williams was at 38th and Chicago on May 25, 2020, and watched as Floyd’s life slipped away. In video of the incident, Williams can be heard urging the former officers to check Floyd’s pulse.

He told 5 EYEWITNESS NEWS he learned he may be called as a witness in the 48 hours that followed.

“I got contacted by different law enforcement,” said Williams. “Pretty much kind of gave me a heads up, ‘Hey, this is a possibility you could be one of the witnesses.’” 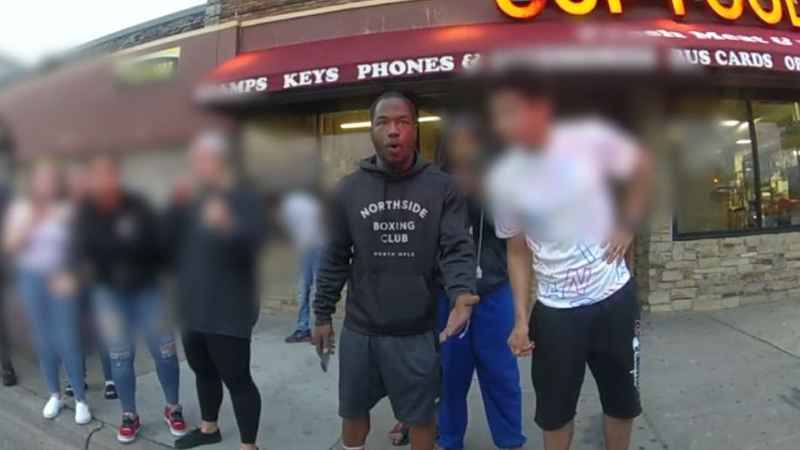 This still frame from a body camera video shows Donald Williams near the scene where George Floyd died on May 25, 2020, in Minneapolis.[KSTP]

He told us he prepared for the experience, “like a championship fight.” Williams is a professional mixed martial arts fighter.

“I didn’t know what to expect going into it as a witness,” said Williams. “I didn’t really focus on it, that I was a witness. I just focused on going out there and telling my part and doing my job and get back to my everyday life. Of course there’s trauma you deal with, you know, but other than that it was really just focused in on making sure that I was still not getting swallowed in by all of the things that were going on.”

While on the stand, Williams described calling the police on the police. The prosecution also asked him to use his experience as a fighter to analyze the hold Chauvin was using to restrain Floyd.

During one part of his testimony, Derek Chauvin’s attorney Eric Nelson asked, “It’s fair to say, you grew angrier and angrier?”

5 EYEWITNESS NEWS asked what he was feeling in that moment, which resonated with people across the country.

“Like a championship fight, it was a tense moment,” Williams said. “The opponent is trying to break you and throwing punches at you and you got to just be able to just figure out how to defend yourself. […] I was just really appalled by the aggressiveness of it.”

Juror 52, Brandon Mitchell, told ABC News last week that Williams’ testimony made a difference for him.

“I did not know it had that kind of impact on it,” said Williams. “I wasn’t doing this for the glory or anything like that, I was just being myself. […] I believe that my testimony was really critical and helped out. I didn’t realize it until the world reached out on my different platforms, from my Instagram to my Facebook.”

Williams said he didn’t feel extra pressure despite cameras livestreaming the proceedings during his testimony.

We asked Williams about his reaction to the verdict on April 20.

“I was happy for the family, I was happy for George and I was happy that the verdict was what it was,” he said. “Everyone played their part and put their pieces together and the judge and the jury were able to see the true story of everything.”

As he reflects on Floyd’s death, nearly a year later, Williams hopes to see change.

“We shouldn’t have to go through this again. No one should have to witness this like I have and other witnesses that were out there,” he said. “It’s something that’s going to stick with everyone that was out there and even the ones that drove by and took pictures and didn’t say that they were out there, they just kept riding, it’s going to affect them for the rest of their lives.

"Change just needs to come on how the police deals with Black America. […] For me, it really starts with the youth, it starts with showing our youth a different way of life.”

“As far as George, I feel like his impact is huge on the world,” Williams said through tears. “He was one of the few that are actually getting justice for the senseless murder [at the] hands of [an] ex officer. I feel like his death and Darnella [Frazier]’s video together impacted the world and it will bring change for a lot of things.”

Frazier is the teenager who filmed the cell phone video of Floyd’s death that was shared around the world. Williams said he hasn’t talked to the other eyewitnesses since the day they met.

“I just I hope they’re doing OK,” he said. “My thoughts go out to them, too, as well because I know it’s a monstrous situation. I hope they’re strong.”