The trial of Kim Potter, the former Brooklyn Center police officer charged in the death of Daunte Wright, begins Tuesday with jury selection.

Jury selection starts Tuesday and is expected to take up to a week. Opening statements are expected on Dec. 8 and the court is intending to complete the trial by Christmas.

Like the Derek Chauvin trial, court proceedings will be livestreaming at kstp.com. Judge Regina Chu initially denied requests for cameras in the courtroom but reversed her decision on Nov. 9, acknowledging that the COVID-19 pandemic had not subsided enough by the trial’s start date as she had originally hoped. 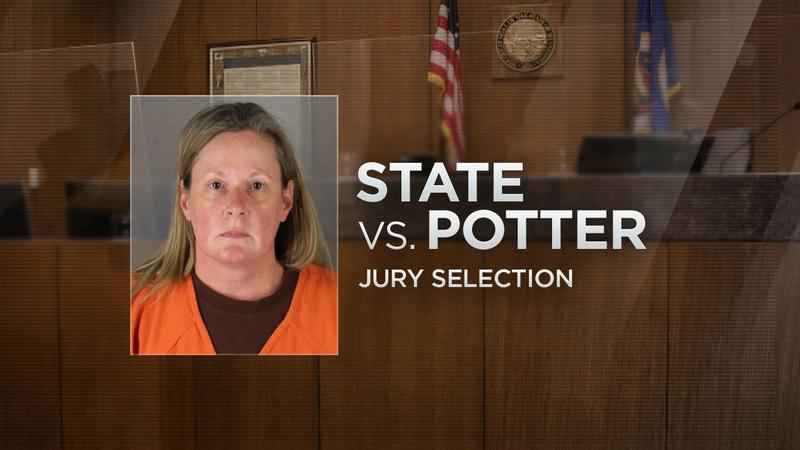 Potential jurors were given a 15-page questionnaire with instructions to avoid any coverage on the case upon receiving the document and to not share that they could be selected to serve.

The questionnaire is broken down into six sections: Knowledge of the case, media habits, police contacts, personal background, opinions regarding justice system and trial length and ability to serve.

The first section of the questionnaire gauges the potential juror’s positive or negative feelings toward both Potter and Wright. Questions also extend to the potential juror’s participation — or lack thereof — in marches or rallies regarding Wright’s death, whether they or people they know were injured or suffered property damage during the unrest and whether they believe their community has been positively or negatively affected by the "demonstrations" in the metro over the past two years.

The third section prompts jurors to discuss their relationship with law enforcement, such as regular contact for work or if they’ve ever been arrested, as well as their views on police reform and experience with firearms and Tasers.

Potential jurors must also select how strongly they agree or disagree with statements about discrimination, race in the justice system, policing, trust in law enforcement and racial equity. They must also indicate their feelings toward the Black Lives Matter movement and "blue lives matter."

The fourth section is demographic. The fifth asks potential jurors to examine their views on the justice system. Prompts include their opinions on whether the U.S. justice and jury systems are fair, their ability to believe someone innocent until proven guilty and whether they can shelve their bias, sympathy and prejudice to make a level-headed decision in the case.

The sixth and final section overviews the length and time commitment of the trial, the possibility of sequestration, their agreement to avoid intentionally encountering media coverage of the trial and if they want to serve as a juror in the case — with the options "yes," "no" or "not sure."

The questionnaire responses will be filed as a public document at the trial’s conclusion. Up until then, any potential jurors’ identities will remain confidential.

To read the entire juror questionnaire, click here or see below.

As jurors are selected for the trial, their available profiles will be added to this report.