Experts urge parents to have developmentally appropriate conversations with their children about the school shooting Tuesday in Uvalde, Texas. Officials say 19 children and two teachers were killed in the attack.

He said children will have varying degrees of emotion about the tragedy and parents should be prepared to respond.

“We don’t want to jump right into reassurance and say, ‘Hey, it’s going to be OK.’ We need to be able to identify and help them make sense of what they’re feeling, that it’s valid and real,” Kovach said.

He said allowing kids to express their emotions can help them process difficult situations. 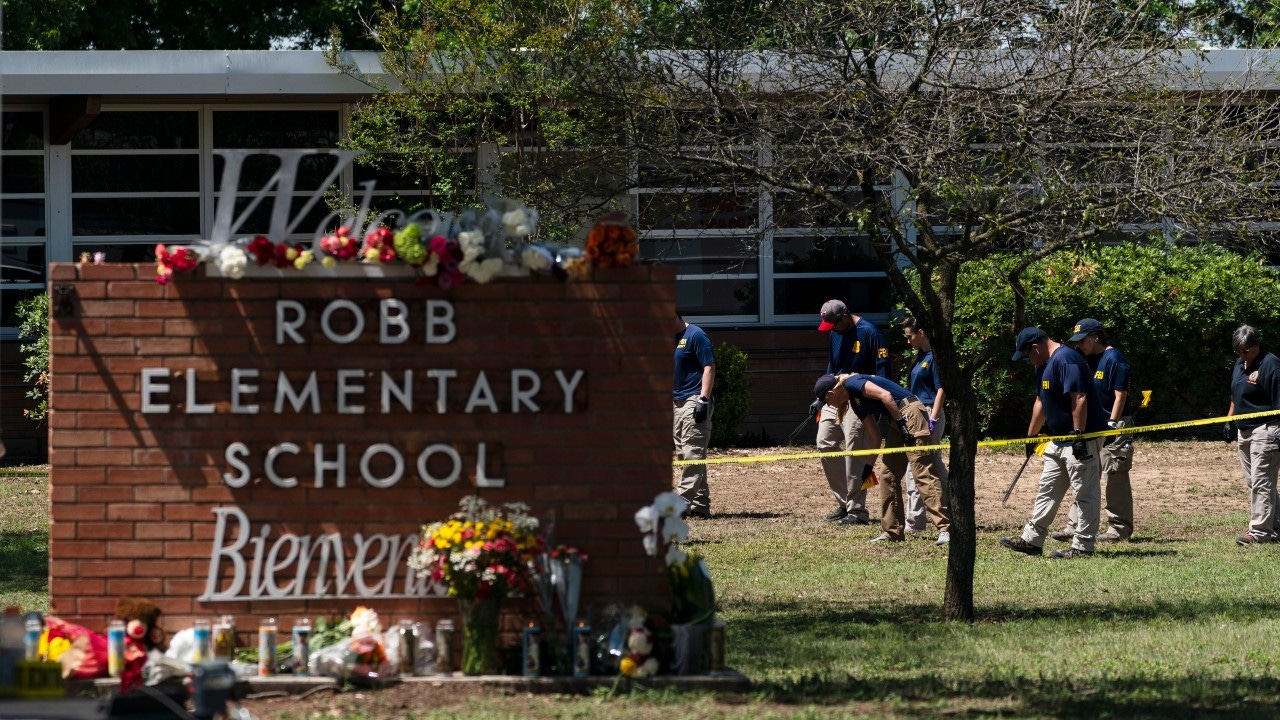 Investigators search for evidences outside Robb Elementary School in Uvalde, Texas, Wednesday, May 25, 2022. Desperation turned to heart-wrenching sorrow for families of grade schoolers killed after an 18-year-old gunman barricaded himself in their Texas classroom and began shooting, killing several fourth-graders and their teachers. (AP Photo/Jae C. Hong)

If a child becomes fearful of going to school or leaving the house, he recommends reminding them that mass shootings are still incredibly rare.

“I think that’s the fine line here is helping them process these things. Yes, this is where we’re at. These things happen. However, let’s look at how you’re safe and let’s look at how we talk about these things and check in,” Kovach said. “We have to help provide validation and reflect that these things are real but we might need to introduce some more balanced thinking. We should consider those thoughts and feelings but balance them with some logic.”

He said it is important to make sure your response is developmentally appropriate. That includes opening up the lines of communication with older children, offering a healthy distraction when necessary and knowing when it may be best to limit news exposure.

Melinda Morvari of Bloomington has a 5-year-old daughter and said the updates out of Texas have been heartbreaking.

“It’s horrifying. It’s absolutely horrifying,” Morvari said. “I have a daughter that goes to elementary school and I cannot even fathom what those parents are going through right now.”

She said it was difficult dropping her daughter off at school Wednesday.

“It was hard. I grabbed her and I pulled her back and I gave her another kiss,” Morvari said.

She said many local moms are feeling varying degrees of helplessness.

“‘I can’t move. I can’t get out of bed.’ I mean, that’s what mothers in my circle are talking about today,” Morvari said.

Morvari runs a Facebook group called Twin Cities Mama Struggles, which she describes as a safe place to talk about hard emotions, especially in the wake of a tragedy that involves children.