For the family of Daunte Wright, this has been an emotionally wrenching week.

The Wright family says she should face a life sentence in prison. 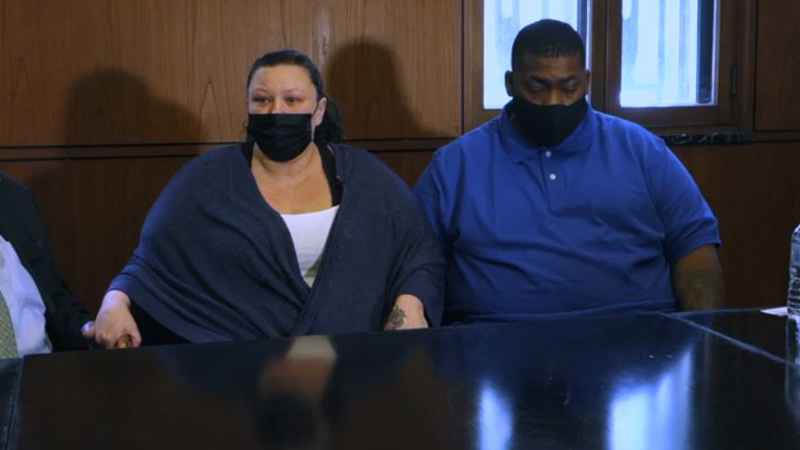 Katie and Aubrey Wright, Daunte Wright's parents, sit down for an interview one week after their son's death at the hands of a Brooklyn Center police officer.[KSTP]

“What would be appropriate would be to have my son home,” Katie Wright says. “To raise his son, to be able to spend holidays with us, to walk in the door smiling, but I’m never going to get that. Appropriate to me would be a life sentence, if that’s even appropriate.”

But Katie Wright says she’s grateful for the protesters who have been outside the Brooklyn Center Police Department every night since the shooting.

“I want to say thank you to everyone who’s out there, saying my son’s name, hanging up air fresheners,” she says. “And we appreciate that, and we want that to continue because I don’t want my son’s name swept under the rug like so many have.”

“We must stop the madness of the killing. We’ve become much too violent as a nation,” Jackson said. “No one has the right to kill anybody. Murder is murder. This sin is wrong. We will work with this family until we get some measure of justice.”

Jackson and Waters say there has to be accountability for officers using lethal force and that officers charged with wrongdoing need to face the consequences.

“There is no reason for anybody to die because of a traffic violation,” Waters said. “We’ve got another person who’s dead who was killed by the people we pay to protect and serve.”

The family says Daunte Wright’s funeral is scheduled for noon Thursday at the New Salem Missionary Baptist Church in Minneapolis.

Meanwhile, the Wrights are dealing with the loss of their son the best they can.

“The day he became a father was the most happiest day in his life,” Katie Wright recalls. “And all he kept saying is he wanted to make his son proud, make his mom and dad proud. Now he don’t get a chance to do that.”