So far, only four Grandstand shows have been announced, including Tim McGraw and Miranda Lambert.

Normally, they start unveiling acts about six to nine months before the fair.

"Booking has been a bit of a challenge because we had to put everything on pause for a whole year," said Danielle Dullinger, spokesperson for the Minnesota State Fair. "We just announced that the fair was officially happening a couple weeks ago, so we are working on a pretty constrained timeline."

There are now less than two months until the Great Minnesota Get-Together. 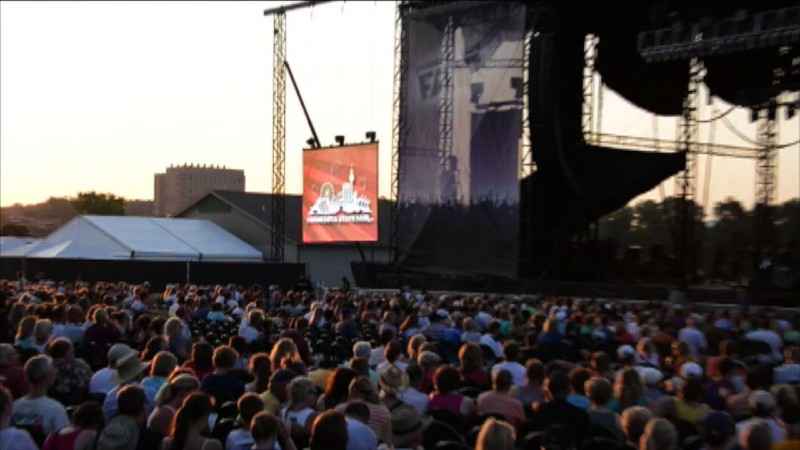 After a year of uncertainty, she said organizers are now finalizing all the details for what is expected to be a "fairly normal" event.

Dullinger said Minnesotans can expect the new Grandstand lineup to be released "in the coming weeks."

"A lot of them were already booked for 2020, just we hadn’t announced them yet," Dullinger explained. "So now that we know we can move forward, we were able to roll most of those over. We do have a few new bookings and we are very close to announcing those, so stay tuned, follow along and we should have some announcements soon."

5 EYEWITNESS NEWS also asked if COVID-related precautions will impact other fair logistics, including whether kids are able to camp out during 4-H exhibitions.

"At this time, we’re anticipating there might just be slightly fewer participants and fewer people in the 4-H building staying over, but it will look pretty close to normal," Dullinger responded.

There are also four new vendors, including Andy’s Garage, a family-owned restaurant based in Midtown Global Market in Minneapolis.

"We’ve been wanting to be in the fair for 14 years and this is our opportunity for people to see us shine," said Frank Chase, who owns Andy’s Garage and Andy’s Diner in Minneapolis.

Andy’s Garage is debuting ChoriPops at the fair, which are vegan chorizo corndogs. Chase said they will also sell fried mini tamales and horchata shakes with half a churro inside.

"We think everybody’s going to love it," Chase said. "Who doesn’t like a corndog? But now we’re adding a little twist to it. We’re blending the American and Mexican comfort food."

State Fair organizers said Midway rides will be back in 2021 as well, with new attractions to be announced in July.

"Stay tuned! Our announcements are going to come fast and furious," Dullinger said.

She said the fair is working on COVID safety plans with the Minnesota Department of Health and they will be prepared to change course if needed.

"We just ask for everyone’s grace this year because we’re hopeful we can do a normal fair, but just know that we’re going to do everything to keep it as safe as possible for everyone. So if there are some things that look a little different, we just ask for your patience," Dullinger said.

Tickets for the Minnesota State Fair are on sale now.