‘Everything they went through, they survived.’ After fleeing from Ukraine, a family is settling in Montrose.

For one recently arrived Ukrainian family, now living in Montrose, the simple joys of playtime outdoors are a kind of miracle.

“It’s so much better right now, that they have a future here,” said Marina Wyres, who moved from Ukraine to the U.S. six years ago. Wyres settled down in Minnesota three years ago.

Wyres welcomed her sister Natella, her daughter Alina, and her grandchildren, 8-year-old Mira, and 2-year-old Matthew, into her home in April, after a harrowing journey from Mariupol.

For Alina, just telling the story brought her to tears. An interpreter helped us.

“She feels it’s the most important thing is that they’re alive,” the interpreter translated. “They were taking the kids and just running for their life. There was nothing ever as scary as that experience.” 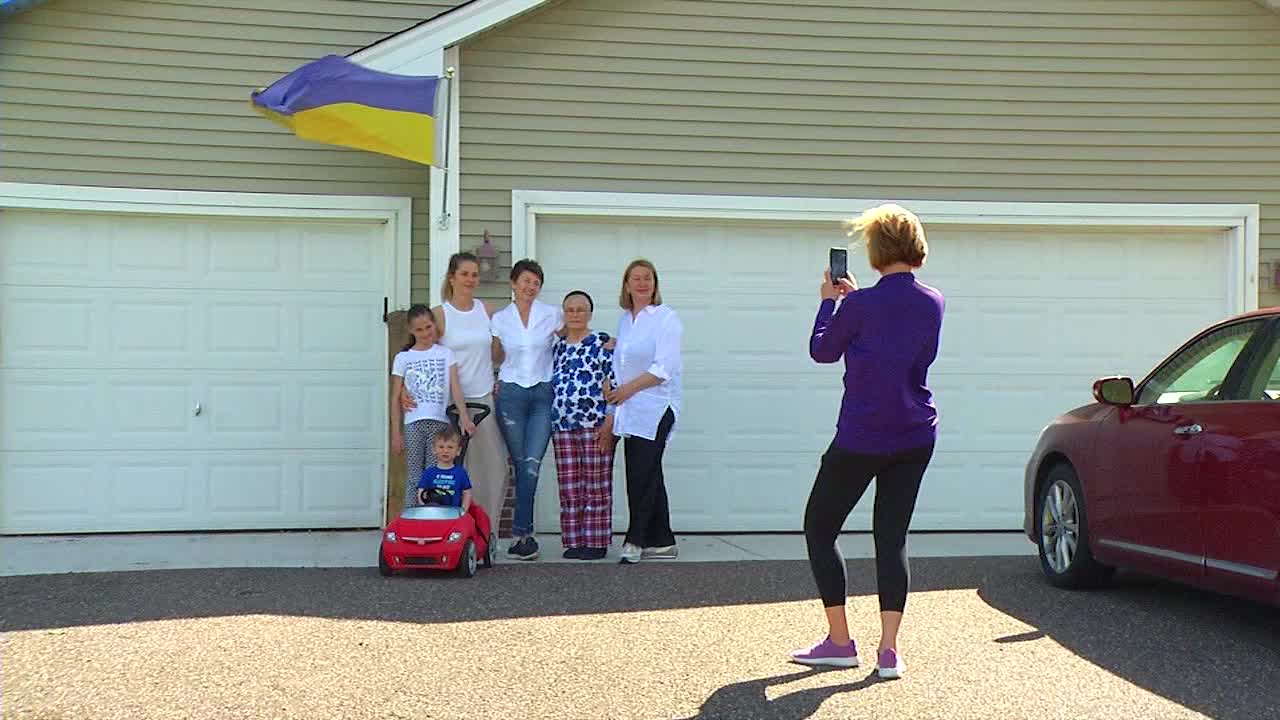 The family shared a cell phone video showing what’s left of their apartment block in Mariupol. A series of high-rises appears heavily damaged, pockmarked with holes from shelling.

Natella says days after the Russian invasion in February, the family moved into a shelter, staying three weeks.

But even there, they didn’t feel safe.

The women vowed to leave no one behind. So along with the children, they brought the family matriarch, 80-year-old Valentina.

They drove west, and then they were forced to hitchhike to the Moldova border when their car broke down.

The family also had to go through fifteen Russian checkpoints.

They traveled through Romania, Italy, and Spain before flying to Mexico. Then, they crossed the U.S. border at San Diego. Then finally, to Minnesota.

The trip took nearly a month.

The translator shared Natella’s thoughts about the journey.

“They’re still amazed that they made it here,” she said. “So that everything they went through, they survived. It was very hard and difficult.”

The family had fled Ukraine with only a few documents, some cash, and the clothes on their backs. They say friends helped to pay for the trip.

Now, a month and a half after their arrival, Natella, a dentist, and Alina, a police officer, say they’re grateful to be in Minnesota. But they say they’ll have to wait ten months to get federal work permits.

“Yes, I really want to work, but there is no permit to work,” Natella explained. “To be a dentist in the United States, you have to do more school and get licenses.”

Meanwhile, the family says living without war — the fear of missiles or shelling — is a blessing.

They noted that Mira is already going to a school nearby, and the Ukrainian community has been very welcoming.

“It’s very unusual and very weird, but [we] are kind of getting used to it,” Alina said. “Getting to know our neighbors here and also the Ukrainian community that comes to the Twin Cities.”

A local church is donating meals, and friends have launched a crowdfunding effort to buy the family food and a car.

Meanwhile, Alina says they’ve found something else in their new home: hope.

“We survived so much, and now it’s a new beginning,” she said. “So we are very hopeful.”

You can find the GoFundMe effort to help the family here.