Even when on national TV, allegations of police misconduct regularly ignored by internal affairs

“Why am I being arrested?”

Omar Jimenez asked the question calmly and repeatedly as troopers with the Minnesota State Patrol put his hands behind his back. There was no answer.

The CNN correspondent was being arrested on live television.

It was May 27, 2020. Jimenez had spent days reporting on the protests and riots that engulfed Minneapolis after a white police officer kneeled on a Black man’s neck.

That morning, Jimenez was trying to show the world the widespread destruction that followed the murder of George Floyd. Instead, the world watched as police officers led a black journalist away in handcuffs. 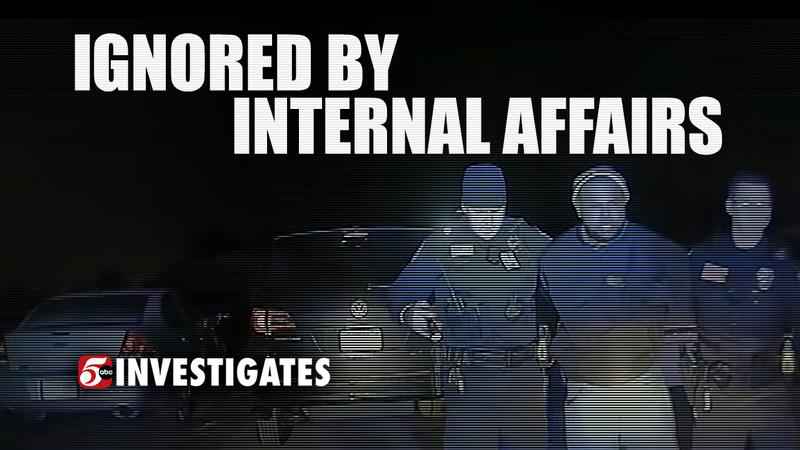 “I’ve never seen anything like this,” CNN anchor John Berman said as his colleague was taken into custody without any explanation.

Hours later, Gov. Tim Walz publicly apologized, saying there was no justification for the arrest.

Eighteen months later, the agency has now acknowledged the troopers who conducted that arrest have not been disciplined. In fact, their conduct was never even investigated.

“CNN did not ever file a complaint with internal affairs alleging any misconduct against the State Patrol,” Department of Public Safety Commissioner John Harrington said during a recent court hearing. “When I found that there was no complaint lodged by CNN, I didn’t pursue the matter further.”

While that may seem like a stunning admission, the reality is police departments across Minnesota have regularly avoided launching internal affairs investigations into their own officers.

5 INVESTIGATES recently analyzed every excessive force case settled by the League of Minnesota Cities insurance trust over the past five years.

The review identified nearly 30 officers who were never investigated by internal affairs, even when their alleged misconduct resulted in six-figure payouts, according to records obtained through a series of requests under the state’s public records law.

As previously reported, those cases are often settled in silence with payouts ranging from a few thousand to more than half a million dollars, and little to no transparency. But the court records offer a rare window into the type of alleged misconduct that has been ignored by internal affairs for years.

“I’m appalled, but not surprised,” said Jon McClellan, who founded the Minnesota Justice Coalition after the death of George Floyd in an attempt to reform policing.

That’s what Kelvin Rodriguez thought would happen when his lawsuit against the city of Worthington resulted in a $600,000 settlement last year.

Rodriguez accused an officer of excessive force after he suffered broken ribs as well as a lacerated liver and pancreas during an arrest in January 2019. His injuries were so severe, he spent nearly a week recovering in the ICU.

As part of the settlement, the department agreed to several reforms including new training on police officer aggression. But even then, the department still didn’t open an internal affairs investigation, according to police records.

In a statement provided to 5 INVESTIGATES, Worthington Police Chief Troy Appel said that “an internal investigation is only conducted when a person files a formal complaint with the city or PD regarding an officer’s actions.”

He added that since there was no official complaint in this case, there was nothing to trigger an internal affairs investigation despite the lawsuit, massive settlement and changes to policy.

Jeff Potts, executive director of the Minnesota Police Chiefs Association, declined to comment on specific cases but said the public should not read anything into the disconnect between legal settlements and internal affairs investigations.

“That shouldn’t always indicate that there was wrongdoing by the officer,” Potts said.

Asked if departments have a responsibility to review an officer’s conduct after allegations or evidence come out in court, he said any agency “takes those allegations of misconduct very seriously.”

“I can’t think of any agencies that would just dismiss that,” Potts said.

But 5 INVESTIGATES found officers who were never investigated after their alleged misconduct resulted in nearly $3.5 million in settlements. The payouts ranged from a few thousand dollars to a few hundred thousand.

That includes Brian Mensing in Mankato, who sued police after he suffered a broken wrist during an arrest in 2019.

Despite a $300,000 settlement, records show the officer never faced an internal affairs investigation. The city did not respond to requests for comment.

“There is this culture that encourages misconduct and encourages cover-up,” said Matt Piers, a civil rights attorney who described the pattern identified by 5 INVESTIGATES as a “common phenomenon.”

“There’s a tremendous amount of pressure internally within the department to stick up for your fellow officers,” he said.

Piers has been on both sides of cases involving police brutality in Chicago. Once the city’s head of litigation, he used to defend the department against the same type of lawsuits he now files against officers.

In his experience, he says departments view civil lawsuits and internal affairs as completely separate, partly by design. If an internal affairs investigation is launched after a department is sued, Piers says any finding or discipline could lead to more liability and a bigger payout.

Despite the possible exposure, Piers said he believes departments have an obligation to investigate.

“Public safety is critical, and the law must be obeyed,” Piers said. “When you abandon either mission, you’ve really failed as a governmental entity.”

While the majority of officers named in the settlements were never investigated, it was even more unlikely for an officer to actually be disciplined.

Of the 74 officers named in lawsuits reviewed by 5 INVESTIGATES, only five received a letter of reprimand, were suspended or faced termination.

In Minneapolis, the largest department in the state, officers named in excessive force lawsuits are regularly investigated by internal affairs — but have also been cleared of any wrongdoing even when the litigation unearthed concrete evidence that they had not been truthful about their use of force.

In an interview earlier this year, a law professor at the University of St. Thomas told 5 INVESTIGATES why she believes internal affairs investigations are a farce.

“The reason it’s farcical is that there are so many consistent examples of Internal Affairs departments, reviewing what seems like fairly obvious misconduct, and finding a way to justify it,” Rachel Moran said.

In Minnesota, details about an officers’ misconduct are not public information unless that officer receives some level of discipline, which cannot happen without an internal affairs investigation. That means the public has no way of knowing about allegations of wrongful arrests, illegal searches and excessive force unless a lawsuit is filed or it happens on live television.

Even then, records show it still may not lead to an internal affairs investigation.