An ethics complaint has been filed against both the Minneapolis mayor and the city’s police chief after the chief publicly announced his opposition to a proposed city charter amendment on next week’s ballot.

"Having a holistic approach to public safety does not require a drastic change to our city charter," Arradondo said. "Each citizen needs to be informed and, as your chief, I feel it is my obligation to share my honest opinion on this upcoming ballot measure, and as your chief of police, I would not be in favor of this ballot amendment."

Minneapolis City Council President Lisa Bender announced Thursday that she filed the ethics complaint against Arradondo and Mayor Jacob Frey — including the mayor’s role in directing or planning the event, since the chief reports directly to the mayor — because the chief "appears to have used city resources, including the support of city staff, city logos and the MPD uniform, at a press event explicitly focused on taking a position on a ballot question." Bender noted the city’s charter requires local officials to report any violations so an investigation can be conducted.

Bender said she believes Arradondo’s press conference specifically violated code section 15.110 (c), which states, "A local official, employee or candidate for elective office shall not use city facilities, property, funds, personnel, the city logo, the city seal or other city resources to engage in political activity." 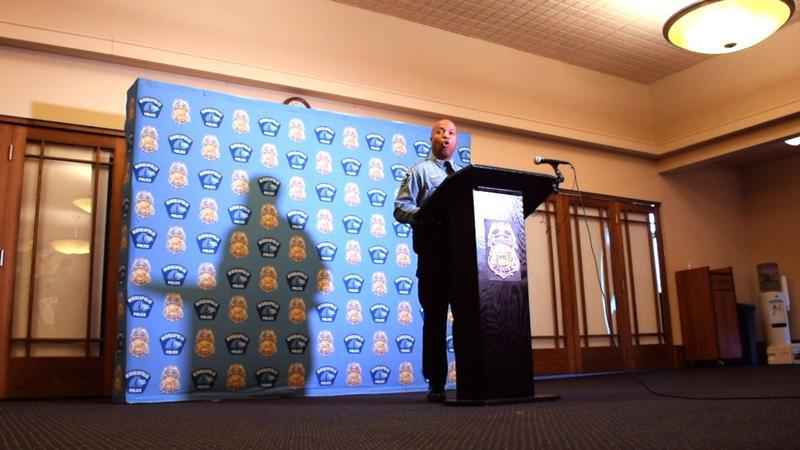 She also noted Minneapolis Ethics Officer Susan Trammell warned the Minneapolis City Council on May 12 to not develop an ordinance to provide a detailed plan for the proposed department of public safety because it could be perceived as campaigning for the ballot question.

A coalition of community groups started pushing for the charter amendment shortly after George Floyd was killed, and the group Yes4Minneapolis collected 21,000 signatures to ensure that the question would be on the November ballot. The group says Question 2 would help the new department of public safety to use social workers, housing and de-escalation experts and mental health professionals, however, the ballot language only says MPD would be replaced by a department of public safety and the functions of that department would be determined by the mayor and city council.

In a video statement released Wednesday night, the campaign manager, Corenia Smith, said Arradondo violated his own department policies by campaigning on a political issue before voters.

"Minneapolis Police Chief Medaria Arradondo campaigning in uniform today — in explicit contradiction of the policy he himself wrote last year — is one of many examples revealed in his press conference today why structural change is imperative to keep the people of Minneapolis safe and to implement an accountable and transparent relationship with those who are called to protect and serve."

Bender said she "cannot understand why Chief Arradondo would say that no planning has been done for a Department of Public Safety when he is fully aware that extensive work has already been done over several years, before and after the murder of George Floyd," adding that MPD has been involved in the process the entire time.

Bender also noted the interim city coordinator emailed MPD staff this week and said the outcome of Question 2 doesn’t impact labor agreements, individuals’ employment or the existence of police officers, which are required to answer specific kinds of calls under state law.

Voters will decide the fate of the police department on Tuesday. Carleton College political analyst Steven Schier told 5 EYEWITNESS NEWS the vote "could have national implications" and will be closely watched.

In a statement to 5 EYEWITNESS NEWS, MPD said:

"Yesterday, Chief Arradondo provided a statement regarding public safety that would impact all the residents of the city.

"Chief Arradondo stands by every word that he said.

"Council President Bender has made the decision to launch an ethics complaint. The Chief respects the ethics process and will cooperate fully.

"The Chief firmly believes that he has an obligation to be honest and truthful with the residents of the city regarding their public safety and he will continue to do that."

"Chief Arradondo made the decision to speak out on his own.

"Council President Bender’s baseless decision to include me in the complaint is simply a desperate, last ditch political stunt on her way out the door.

"It should be treated as such."