Enterovirus cases rising in children across the Twin Cities

Hospitals across the Twin Cities are seeing a rise in enterovirus cases in children.

This is in line with a recent alert from the Centers for Disease Control and Prevention, which is reporting increases of pediatric hospitalizations related to enterovirus and rhinovirus.

“I’ve never seen anything like this before. It was very scary,” said Alexa Brett of Circle Pines, whose son Easton recently got sick.

Brett said five-month-old Easton had a runny nose and cough, which she initially believed were allergies or a cold.

“But then he was nodding off and he turned very pale. He looked lifeless basically. He wasn’t breathing,” Brett said. 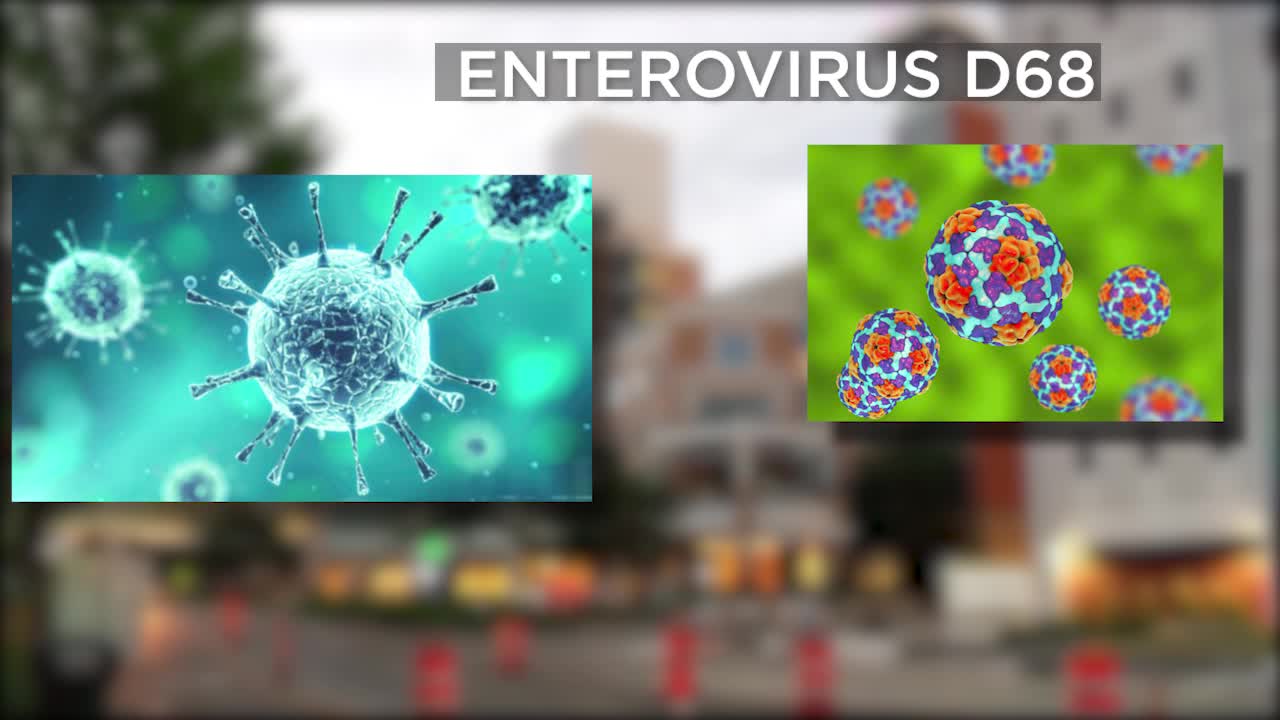 She said he was taken by ambulance to HCMC in Minneapolis, where he tested positive for enterovirus and rhinovirus and was hospitalized for 24 hours.

“We have been seeing lots and lots of cases of the respiratory enterovirus here,” said Dr. Stacene Maroushek, a pediatric infectious disease specialist at Hennepin Healthcare.

She said children who arrive at the hospital with symptoms are swabbed for a number of viruses, such as COVID-19, the flu and enterovirus/rhinovirus.

Maroushek said in the last six weeks at Hennepin Healthcare, hundreds of children have tested positive for enterovirus.

According to the CDC, symptoms may include fever, runny nose, sneezing, cough, skin rash, mouth blisters, and body and muscle aches.

With a growing number of hospitalizations among children, the CDC is also reporting an uptick in enterovirus D-68, which can lead to rare but serious side effects, such as paralysis.

“The small subset of kids that get it, there has been some permanent damage but many kids do recover,” Maroushek said.

The median age for enterovirus D-68 is three years old, according to the CDC, but they note children and teens of all ages can get it.

“It’s an alert for pediatricians to be on the lookout,” said Dr. Gigi Chawla, chief of general pediatrics at Children’s Minnesota.

She said red flags include a bad cold that does not seem to get better, a fever that persists for more than three days and extremely labored breathing.

“If you’re seeing things that are even more severe, like your child looks weak or is having any difficulty with moving, for goodness sakes those are things that absolutely you need to seek medical attention for,” Chawla said.

Brett said her son fully recovered from enterovirus in about a week.

“I’m thankful and I hope he stays healthy. I wouldn’t wish this on any family,” Brett said.

While enterovirus as a whole is on the rise, the Minnesota Department of Health told 5 EYEWITNESS NEWS there are no confirmed cases of enterovirus D-68 in Minnesota so far this season. A spokesperson provided this statement: “It is an area we are actively monitoring, especially given the trends we are seeing nationally.”