Minnesota Attorney General Keith Ellison announced Wednesday that his office has filed a lawsuit against multiple Fleet Farm locations, which he claims have “aided and abetted criminals and contributed to gun trafficking in Minnesota.”

Elected officials and victims of gun violence also spoke at a press conference, which can be watched via the video player above.

The lawsuit also alleges Fleet Farm sold 13 guns during a 12-month period to straw purchaser Sarah Elwood. Elwood was sentenced last month to a year and a half in prison after pleading guilty to helping straw purchase close to 100 firearms. 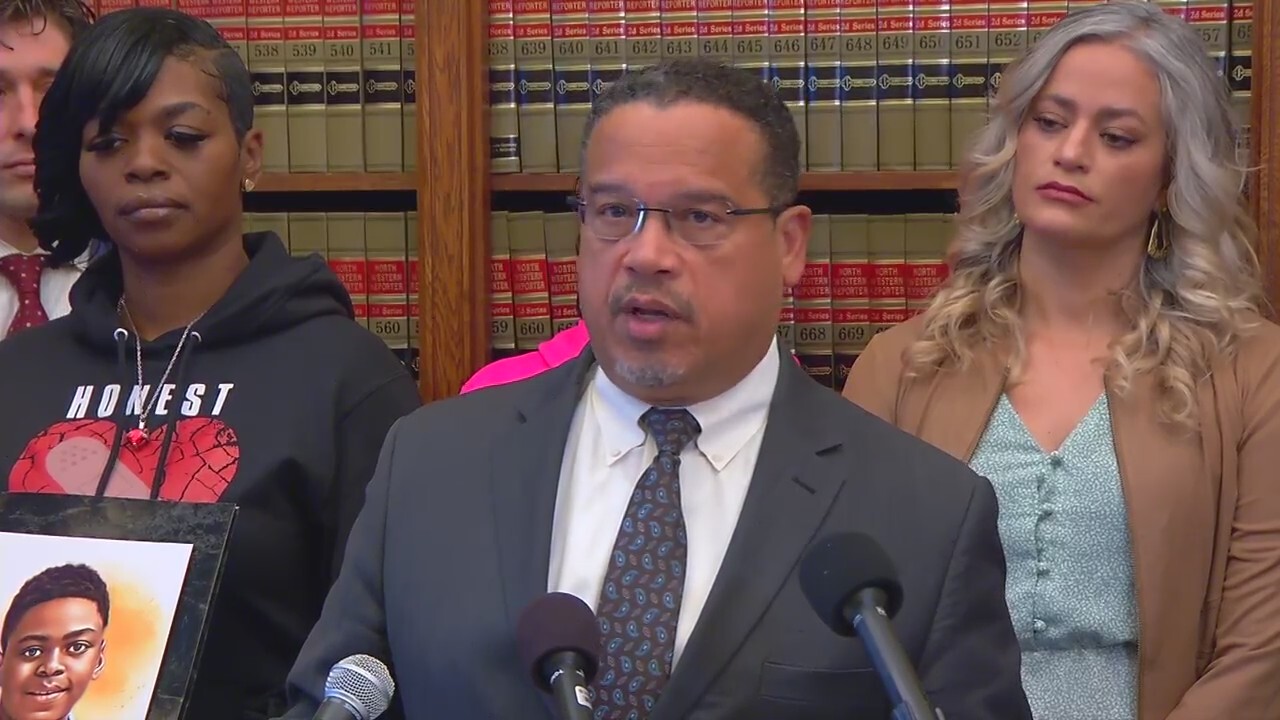 By filing the lawsuit, Ellison said he is asking the court to impose restrictions on firearm sales, as well as more vigorous training for Fleet Farm employees.

“I want to say that gun dealers and retailers have an obligation to state and federal law that they
must meet,” Ellison said. “This includes stopping straw purchasing.”

Straw purchasing is when somebody buys a gun for somebody who cannot legally have one, according to Ellison.

According to Ellison, Fleet Farm has sold “numerous” firearms to straw purchasers.

“Fleet Farm had a duty under the law to spot and stop this behavior,” he said. “Nevertheless, Mills Fleet Farm continued to engage in straw purchase transactions even though they knew, or should have known, that these customers were not making legitimate purchases for themselves and were likely to resell them illegally.

“In doing so,” he continued, “Fleet Farm has profited from selling firearms to sham purchasers who
then transferred these firearms to criminals or other dangerous persons.”

At least seven guns from the first straw purchaser have been linked to incidents of crime or
suspected crime, he said.

“When we purchase guns, we have an obligation not to give or resell them to people who legally cannot have them,” Ellison said. “This includes people convicted of felonies, people who have a history of perpetuating domestic violence, and people who are deemed not mentally fit to be in possession of
a weapon.”

In response to the lawsuit, Fleet Farm gave the following statement to 5 EYEWITNESS NEWS on Wednesday:

“We strongly disagree with the Attorney General’s lawsuit. We comply with all applicable gun laws and devote substantial resources to training and compliance. It is disappointing that Attorney General Ellison filed his complaint without ever once talking to us.

“It’s also worth noting that at the time of the tragic shooting in Saint Paul described in the Attorney General’s complaint, we were told by the Bureau of Alcohol, Tobacco and Firearms that our team members had “done nothing wrong” and had complied with all applicable gun laws.

“We are confident that we will prevail in this matter.”

Stay with 5 EYEWITNESS NEWS and KSTP.com for updates on this news.