Minnesota Attorney General Keith Ellison’s office will continue in the spotlight with high-profile prosecutions of police officers over the next year.

First comes the sentencing of former Minneapolis police officer Derek Chauvin on June 25 in connection with the murder of George Floyd. Then he has to decide whether he plans to file more severe criminal charges against former Brooklyn Center officer Kim Potter. Early next year he’ll handle the prosecution of three other former Minneapolis officers in the Floyd case.

In a one-on-one interview Friday, Ellison told 5 EYEWITNESS NEWS he’s confident Chauvin will be sentenced to more than the sentencing guidelines usually call for in a first offense case. Chauvin was convicted of second-degree unintentional murder, third-degree murder and second-degree manslaughter.

"We believe that the evidence shows and actually Judge Cahill has even recognized there are aggravating factors," Ellison said. "There are aggravating factors when three or more people participate in a crime, when you are in a position of authority, when you commit a crime in front of children, when what you do is cruel. Those are reasons to depart upward from the normal guidelines of about 150 months. We think that’s appropriate in this case."

Ellison is asking for a sentence of about 30 years. 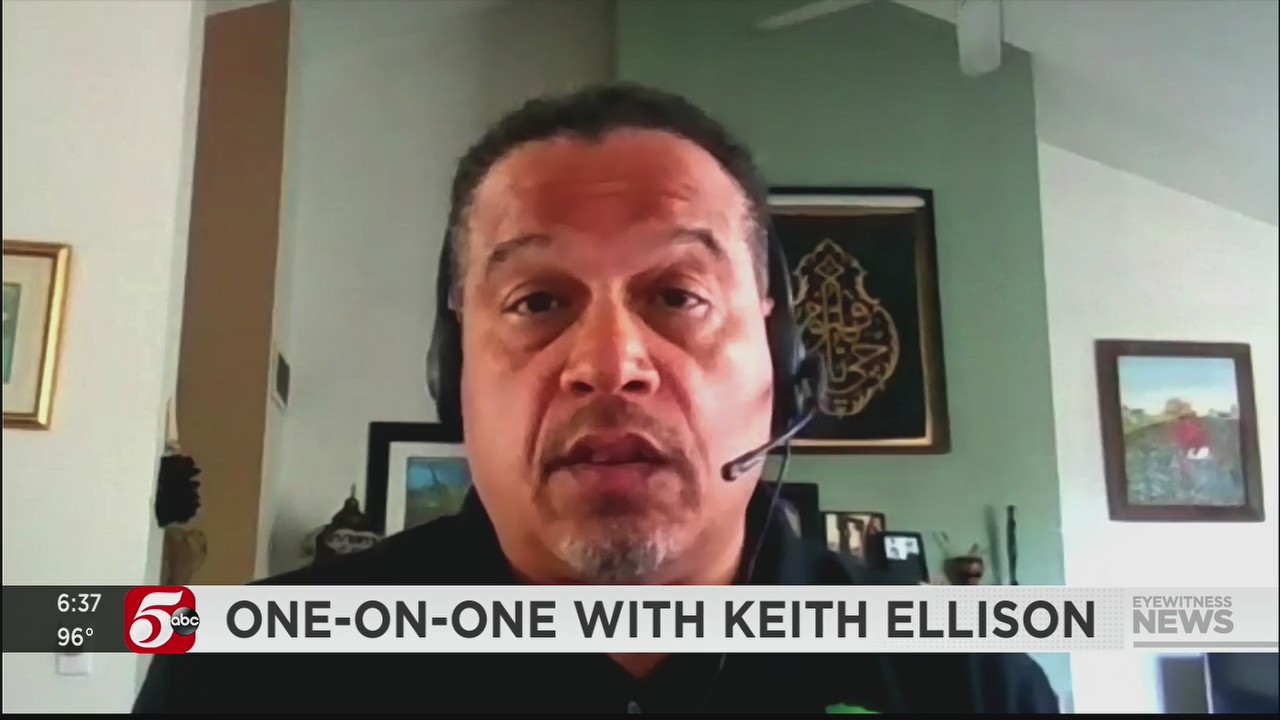 As for the Potter case, Ellison just recently took on that prosecution after Washington County Attorney Pete Orput sent it back to Hennepin County Attorney Mike Freeman, who then sent it to Ellison. Orput faced criticism from some groups for charging Potter with second-degree manslaughter rather than any more serious charges. Ellison hasn’t decided if he will file additional charges.

You can see that entire interview 10 a.m. Sunday on "At Issue."