Friday night lights in Edina, and Matt Samuel is pumped.

“My son Max is a senior, Caleb is also playing,” he smiles.

That includes student ID checks, limited entrances, and attendees asked to stay in their seats unless they need the restroom or are going to a concession stand.

“It’s a good plan,” says Sondra, a mother of three. “Better to have better security and just have everything in place to keep the kids and all the spectators safe.”

The new measures are in place after a fight outside the Edina homecoming game in mid-September.

“I feel very safe,” Samuel declares. “I was at the game, a couple of weeks ago when there was, I think, it was a fight between some students.”

But this community is not alone: Bloomington, Richfield and the Anoka-Hennepin districts all have heightened security at sporting events. 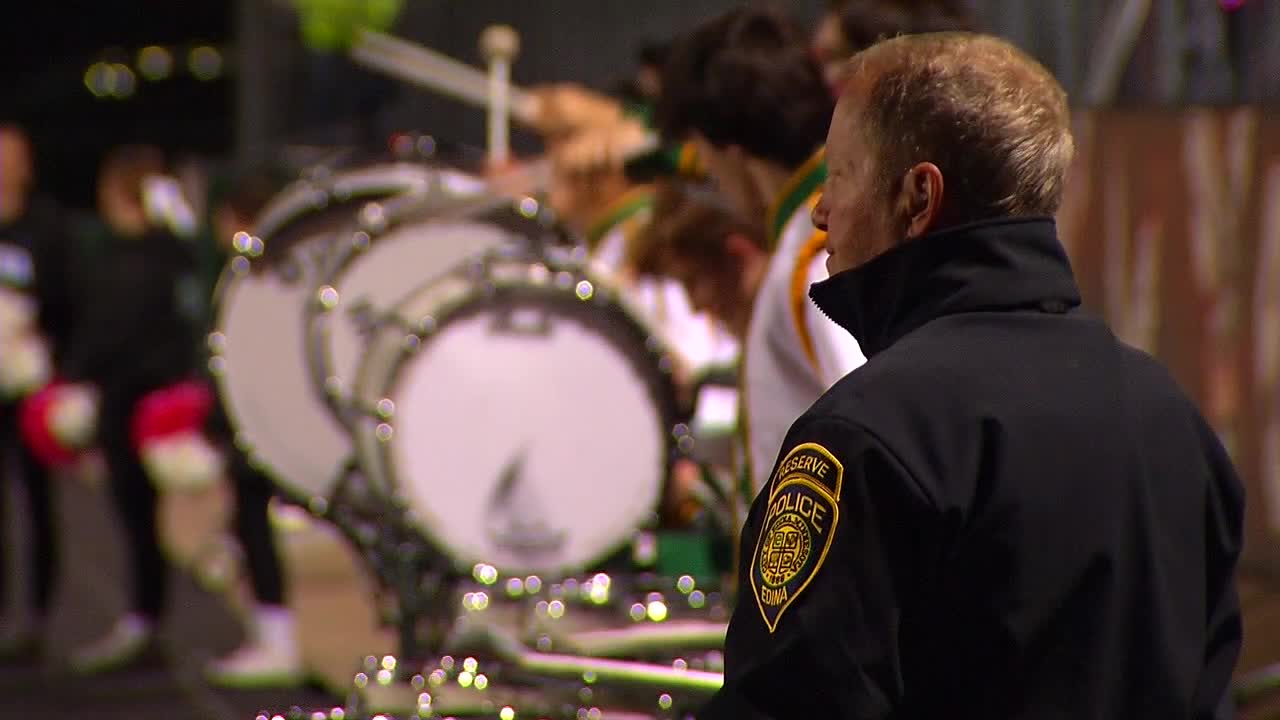 A police officer at Friday's football game in Edina (KSTP).

We asked Samuel what he thought.

“Well, I think one issue is that there are too many guns out there,” he says. “I think we should be more vigilant.”

On Thursday night — outside the homecoming game in Coon Rapids, school staff denied entry to four people — two adults and two juveniles, who had no connection with the school.

A spokesperson says a concerned citizen told officers he had seen one person in the group with a gun.

“It is absolutely sad that we have to worry about that at a high school football game,” says Coon Rapids Police Captain Adam Jacobson. “I think this is a perfect example of our partnership with the school district, as well as a community concerned citizen who made the outcome not a positive one, but prevented something bad from happening.”

In Edina, some parents weren’t mincing words about the incident.

“I think it’s just dangerous,” Sondra declared. “It’s a dangerous culture and world we’re living in right now, so we all need to be more careful and take better precautions.”

At the Edina game, only students from the two participating schools, with teams on the field, were allowed into the game.

There was no admittance after halftime for anyone.

Students entered the game through a separate entrance, where they were asked for identification.

Those who couldn’t provide it were not permitted inside.

Parents we spoke with say they’re telling their kids to use common sense — be cautious — but also, to have fun.

“I think if, God forbid, something would happen, they that would have good judgement,” Samuel says. “Hopefully, they would do the right thing.”