Cambia Hills, a mental health treatment facility for adolescents located in East Bethel, is abruptly closing. Citing numerous reasons, the facility namely states that a payment dispute with state regulators is their biggest hurdle to climb, which subsequently has led to the closure of the building.

"After many years of finding the right community to build in, construction starts and delays, opening the doors during a pandemic (which brought about staffing challenges and affected the census and thus, our ability to pay for this facility), licensing issues, and bad press, we are forced to close our doors," Cambia Hills stated, in part, in a message on their website.

Cambia Hills will officially close its doors on Friday at 3 p.m. The mental health center opened in April 2020.

"This has been a very disappointing time, we’ve done everything we possibly could to make sure this didn’t happen," Leslie Chaplin, the president and CEO of Cambia Hills of East Bethel, said.

The facility claims that the Minnesota Department of Human Services (DHS) did not give a rate adjustment to the facility’s bondholders. The bondholders had been funding the operations since December of last year. Cambia Hills notes that the bondholders reached their limit of $1.5 million in additional funds to keep the building open. 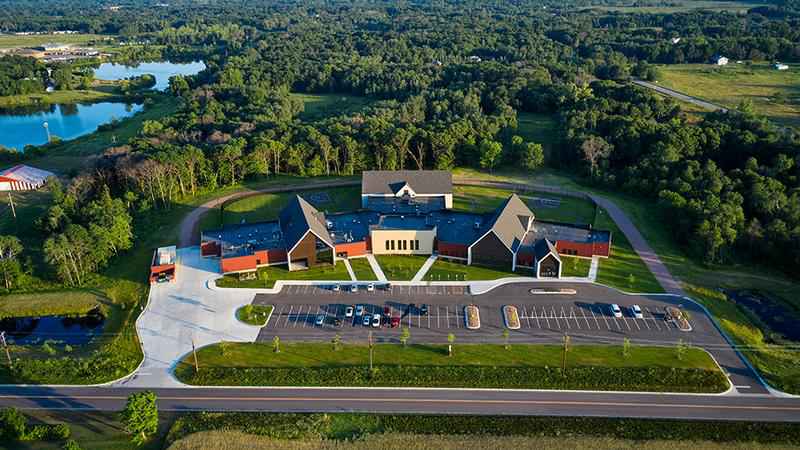 "…and DHS has passed the deadline of May 1st to give us the rate adjustment, with no new date in sight," the post reads. Staff has since notified the state of the closure and are "expediting the process" of getting its residents resituated.

"Unfortunately, with the financial situation and the inability to get any additional financial support, we don’t have the option but to close our doors," Chaplin added.

Cambia Hills said most clients currently at the treatment center will be sent home.

"We need to have all clients discharged and all direct care staff off the premises by this Friday at 3 p.m.," the post states.

According to DHS, the facility had been investigated in the past for maltreatment. Cambia Hills paid a $5,000 fine for that July 2020 incident, in which the document states that neglect occurred. In addition, in October, DHS placed the facility’s license on conditional status for one year due to its "noncompliance with Psychiatric Residential Treatment Facility (PRTF) licensing variance requirements."

Chaplin said there have been 33 violations against Cambia Hills’ license since its first youth was treated in March of 2020. While some of those were administrative issues, others were for things like not conducting background checks on employees and failing to properly report several suicide attempts, including in an incident last July.

Then, in October, the state put Cambia Hills on conditional status. Chaplin said she took over in November and made changes to help reach a settlement agreement.

KSTP reached out to DHS and Assistant Commissioner Gertrude Matemba-Mutasa provided the following statement on the matter:

"Our focus right now is the health and safety of the children served by Cambia Hills. We are doing everything we can to assist Cambia Hills in providing an appropriate transition to another facility that can meet residents’ needs. By providing only two days’ notice of intent to close, Cambia Hills is violating its obligations under its license and state contract.

"While this situation is unfortunate, it does not diminish the need for psychiatric residential treatment facilities, nor does it lessen our commitment to see this level of care become available to more Minnesota children."

According to DHS, the department put Cambia Hills’ license on conditional status until licensing-related violations were addressed. They each reached a settlement agreement in January and Cambia Hills had been working to meet the conditions of the settlement.

However, by noon on Friday, all youth at Cambia Hills of East Bethel will be in their next placements.