The Minneapolis Fire Department is investigating the cause of an early morning fire at a four-plex apartment in the Whittier neighborhood within the Powderhorn Community, Assistant Fire Chief Melanie Rucker says.

Firefighters went to the two-story building at 2612 Second Ave. S. just before 4 am. and saw smoke coming from the back of the building.

When they arrived, crews determined the fire was in the wall of a first-floor apartment unit. Rucker says the fire didn’t spread to the other units.

Flames were put out sometime between 4 and 5 a.m., less than an hour after responders arrived.

Firefighters then boarded up the unit, which has been declared uninhabitable. 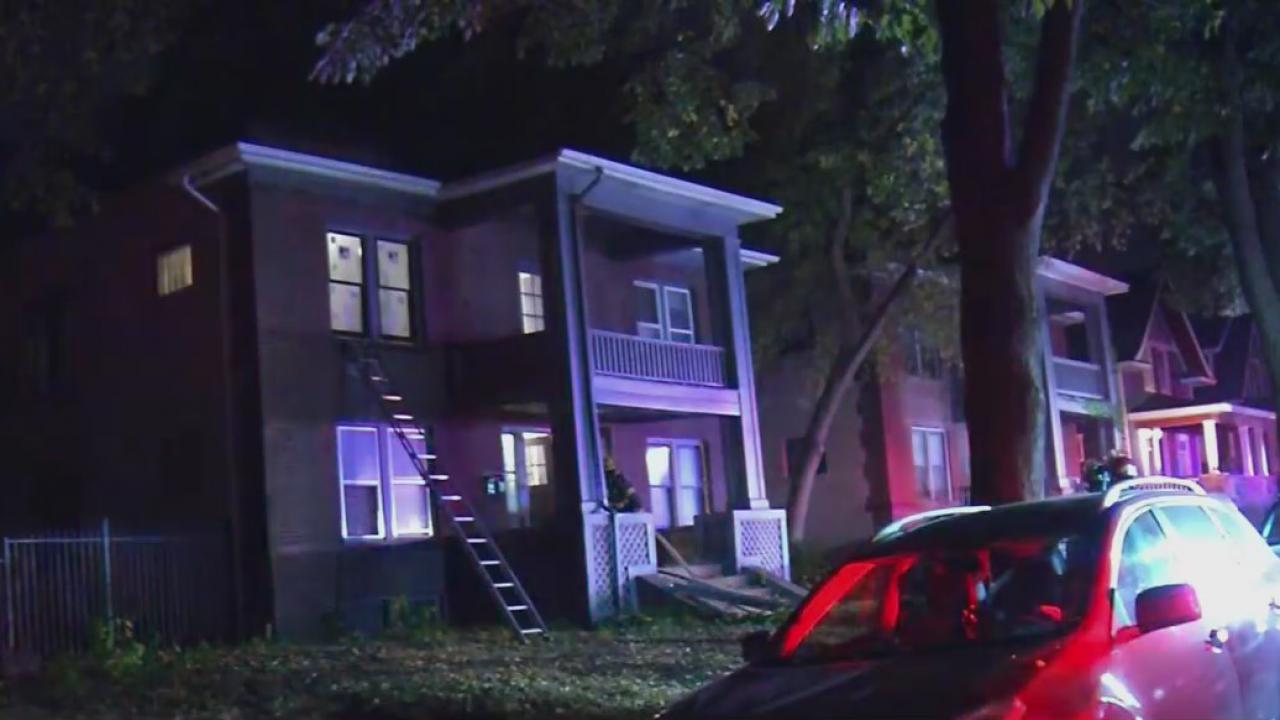 Firefighters at the scene of an apartment fire on Monday, Oct. 3, 2022. Credit: Jeff Ernewein/KSTP

Although Rucker said no one was hurt, the Red Cross helped two adults, whose ages and genders were not specified.