According to the Watertown Fire Department, crews were called to a fire that was reported to be near a lumber yard on the south side of Watertown shortly before 4 a.m.

When firefighters arrived, they found flames had engulfed the rear warehouse.

The Carver County Sheriff’s office said Wednesday afternoon both directions of traffic were closed down on Highway 25 while firefighters worked to extinguish the flames.

Watertown Fire Chief Tom Hanson says the building, which was determined to be Arrow Building Center, is considered to be a complete loss. 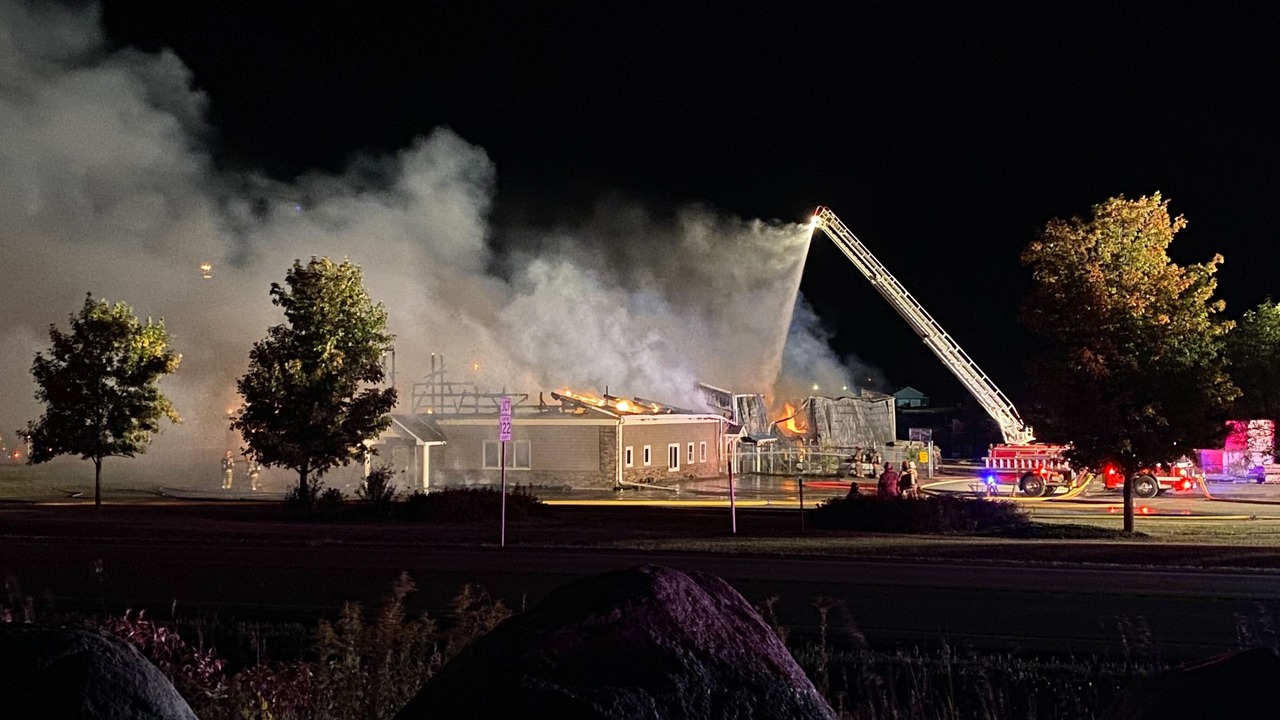 Firefighters work to put out the flames at a Watertown business on Wednesday, Sept. 21. (Jeff Ernewein/KSTP)

Authorities add the building was unoccupied, and no injuries have been reported.

Multiple fire departments were called in to help, including Delano, Mayer, Montrose and St. Bonifacius.

A 5 EYEWITNESS NEWS photographer was at the scene Tuesday morning, and saw crews at a building determined to be Arrow Building Center, just off of Highway 25 in Watertown.

Heavy damage could be seen as firefighters worked to put out the flames.

5 EYEWITNESS NEWS is working to learn more from fire officials, including if anyone was hurt and how the fire may have started.