The sounds of sprinklers have become silenced in many communities this summer due to dry conditions.

Michael Lee, of Buffalo, tried hard to keep his lawn up.

"It’s (the drought) not stopping the weeds. We’ve got thistles and stuff that are coming up, and I try to nip those when I can, but yeah, it’s been rough," he said.

The Minnesota Department of Natural Resources says when the state drought plan hits a certain stage, as it now has, it triggers mandatory actions, including water restrictions.

"What are some of the major cities right now that have been asked to conserve? A good bit of the western metro, Minneapolis and St. Paul and most of the western part of the state have all been asked," DNR Water Conservation Consultant Carmelita Nelson said. 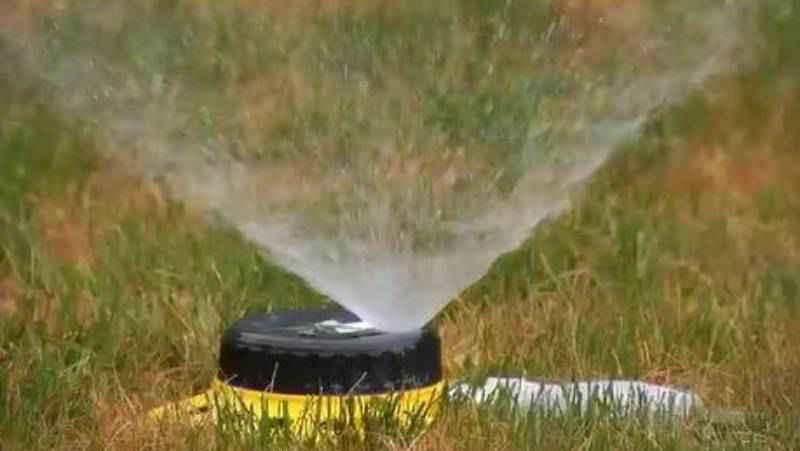 Roughly 550 cities across the state are included in restrictions, and more could be added soon.

"Areas in the St. Croix Watershed may be next. That would include cities like Mora, Pine City and areas like that," Nelson said.

Nelson says daily water usage per person in the Twin Cities metro is almost two times what it is in Greater Minnesota, much of that due to lawn irrigation.

"It’s time to stop or cut back on your lawn irrigation because we are having some scarcity issues in some parts of the state," Nelson said.

"We’re seeing quite a few people in the rural areas of the state running out of water up there, and the well drillers have been very busy trying to get these wells fixed, repaired and made deeper, or make a new well," Nelson added.

With an all-out outdoor watering ban in place in Buffalo, Lee is hoping his lawn isn’t dead and will turn green again someday.

"I’m a little worried that this front part here, because of lack of trees or shade, is not dormant, it is done," he said.

Minnetrista is another city with an outdoor watering ban due to high usage and not enough reserves in water towers.

Many other communities are giving residents a day or two to water, and only during specific times of the day.