A majority of the state is experiencing severe drought conditions, according to the Minnesota Department of Natural Resources.

"We keep hoping for rain, but I think, with the weather this week, it’s going to continue to get worse, unfortunately," Minnesota Agriculture Commissioner Thom Petersen said.

The state is exploring opening public lands to help farmers with grazing and haying, according to Petersen.

Farmers who raise cattle have been hit hard with the lack of rain this summer.

"In some parts of the state, what is frustrating … they have to sell off cattle, and they’ve had herds for generations, and having to make that decision is extremely stressful and difficult," Petersen said. 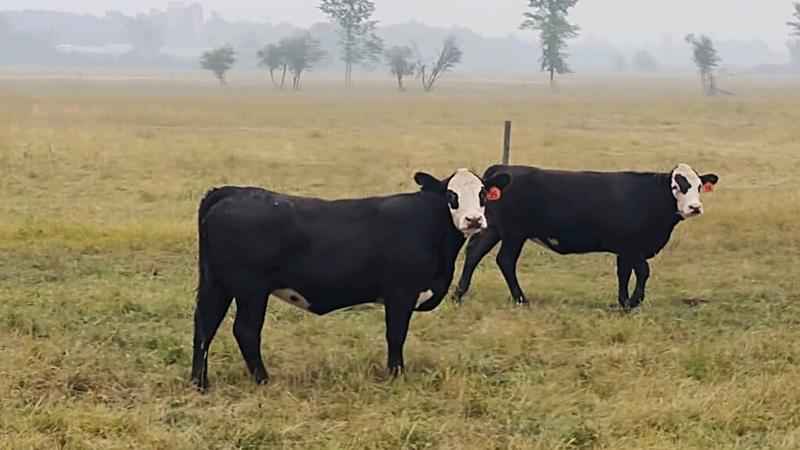 The grass should be belly high on these cows, but drought conditions have made for poor pasture conditions in some parts of the state. [Courtesy of Minnesota State Cattlemen's Association. ]

Moving cattle to pastures to graze and have freshwater has been top of mind at Pleasurewoods Farm, a family operation about 60 miles north of the metro, in recent days.

Normally heading into August, Munsterteiger said the alfalfa would be knee-high on a person, but this year it’s maybe ankle-high as the ground is dry and brittle.

Farming has been in his blood for more than 40 years, and the lack of rain is on his mind this year.

Munsterteiger scratched on some paper rainfall totals since April that show around 7.5 inches of rain.

"My grandpa said in this country we need an inch of rain a week," Munsterteiger said. "Think of how many weeks we went through and how much rain we have."

The creeks that run through the Kanabec County farm that normally provide fresh water to the cattle have run dry, leading them to have to pump water to storage tanks.

“The cows drink freshwater back here all the time,” Munsterteiger said. “This year, it will be more of a challenge for many guys around, they are running out of water in pastures."

The Minnesota Department of Agriculture’s Rural Finance Authority Board determined that an emergency exists in Minnesota due to drought, making zero-interest loans available immediately for Minnesota farmers whose operations are suffering from lack of rain, according to the Governor’s Office.

The state created a drought resources webpage for farmers to find ways to get help.