Driver who plunged off Wisconsin ramp thankful to be alive

A driver who survived when his pickup truck plunged about 70 feet (21 meters) off a slippery interchange exit ramp in Wisconsin said he feels thankful to be alive.

Richard Lee Oliver, in an interview that aired Thursday on ABC’s "Good Morning America," said he was on his way to his mother’s house when his truck hit snow on the shoulder of a Milwaukee-area overpass.

"There was just too much snow on the side of the road that once the tires got into like two foot of snow there’s no controlling a vehicle of any kind," said Oliver, who was hospitalized with a broken back and a broken leg, among other injuries.

A Wisconsin Department of Transportation camera captured Saturday’s crash in which the pickup can be seen flipping over the a barrier wall and plummeting to the interstate below as cars pass by. The truck landed upright on the right shoulder of the westbound lanes of Interstate 94. 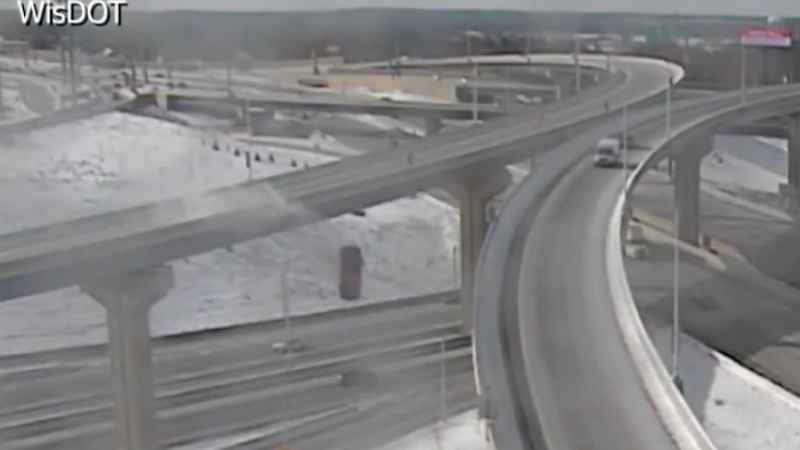 Oliver, the father of a 6-month-old, said he is grateful to the two people who came to his aid, including a man who helped him make a phone call.

"He helped me in the bed of my truck and helped me call my mom just in case I wasn’t going to make it," he said.