In the heart of downtown Minneapolis, The Dayton’s Project preserves its history through design details while drawing in new tenants with its state-of-the-art renovations.

On Tuesday, the ownership group 601 W. Companies announced Prudential Financial will be its newest tenant. The Fortune 500 company will be joining Ernst and Young, Unilever and Uncommon Retail in the 1.2 million square foot building.

“We are as busy here as we’ve ever been,” said Jim Montez, the vice president of Transwestern. He represented the ownership group in the transaction. “We’re doing more showings in a week than we’ve ever done.”

He told 5 EYEWITNESS NEWS Prudential is expected to move in early next year with a couple hundred employees.

“For a company like Prudential that’s been in the suburbs that’s made the commitment to come downtown, is huge for the city, is huge for our project,” said Montez. “With this lease I think we’re going to be 100,000 sq. feet so about 10% leased and we’ve got about at least that much that we’re working on right now. I think when we sit down a year from now we might not be 100% full but we’re going to be well on our way.” 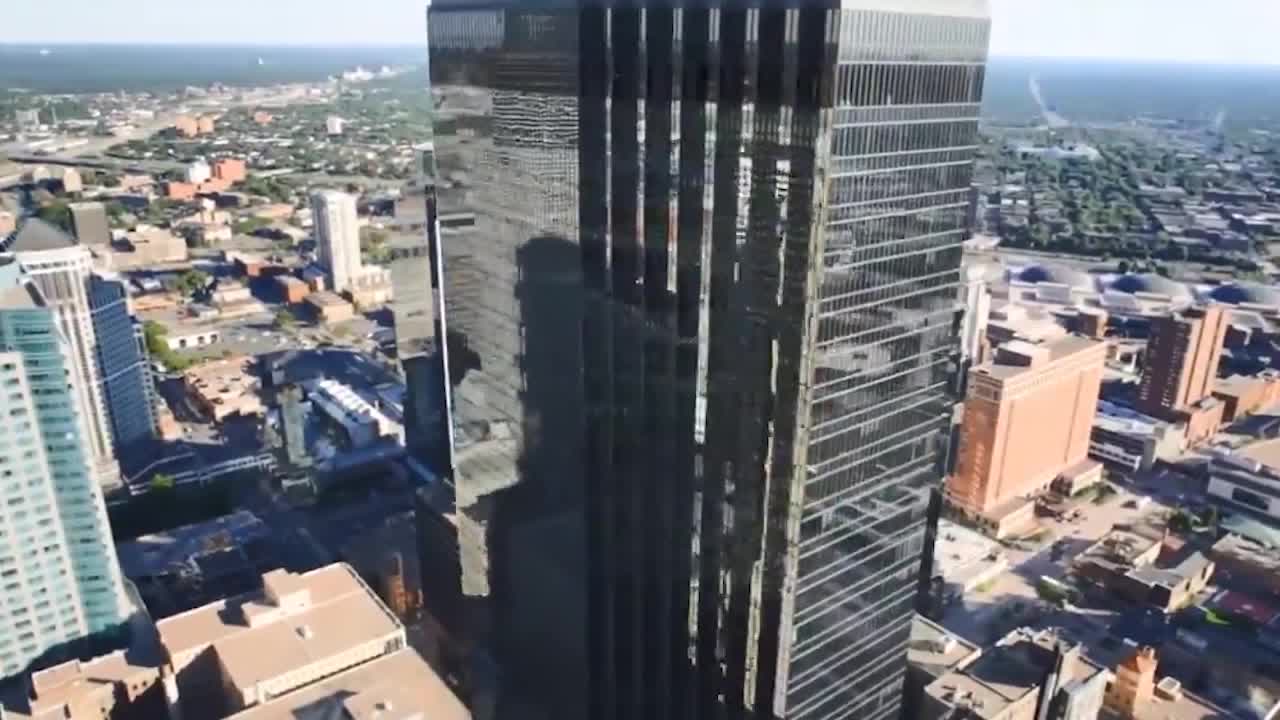 Companies in Minneapolis are hoping for a post-pandemic bounceback (KSTP).

Earlier this month, the Danish company MedTrace held a ribbon cutting at its new U.S. headquarters at the IDS Center in downtown Minneapolis.

Sherman Associates also announced in September that it has acquired a full city block at the southwest corner of South Washington Ave. and 3rd Ave. S. It plans to construct three buildings that include apartments, retail and restaurant space, and the potential for office space, according to the company.

“We continue to see this trend over the last several months, which I think is a really great sign as we come out of the pandemic,” said Steve Cramer, the CEO of the Minneapolis Downtown Council.

The Downtown Council’s latest data shows 55% of downtown office workers are now heading into the office at some point during the week, said Cramer. He expects that percentage to increase in the post-Labor Day numbers.

“Across the board on all of the metrics of how we would measure how our downtown economy is doing, we see substantial progress this year,” said Cramer.

He welcomes the addition of Prudential to Nicollet Mall.

The pandemic slowed The Dayton’s Project’s progress, according to Montez. He told us they’ve adapted their space and approach to attracting new tenants as a result of the challenges over the last two years.

“There had been a trend prior to the pandemic of more people per square foot,” said Montez. “Now as we come out of it, we say okay people need a little more space, they need a room to go get away.”

“This is a place if you’re going to try to get you people to come back to the office for sure,” he said. “But it’s also how do you attract new talent, how do you keep the talent you have.”