The decision comes a day after former Minneapolis police officer Derek Chauvin was found guilty of murder and manslaughter in the May 25 death of George Floyd.

Floyd’s death sparked mass protests, outrage and unrest across the country. Last summer, the DOJ opened a criminal investigation into his death that is still ongoing.

The civil investigation is to determine whether the Minneapolis Police Department "engages in a pattern or practice of unconstitutional or unlawful policing," Garland said during the announcement.

"Yesterday’s verdict in the state criminal trial does not address potentially systemic policing issues in Minneapolis," he said. 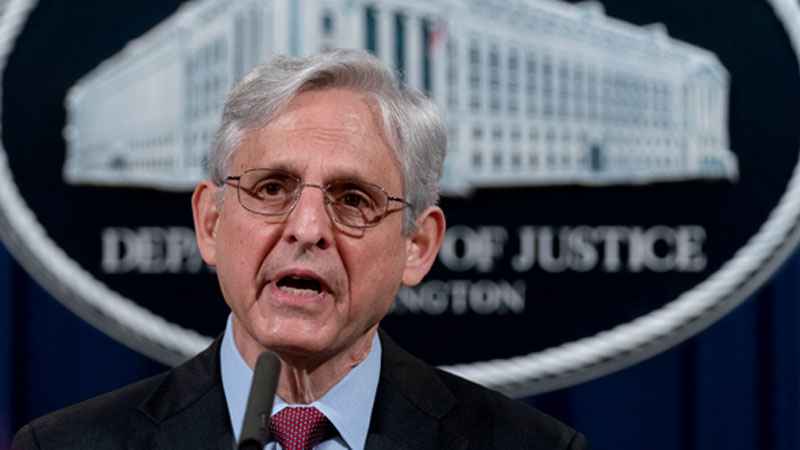 Attorney General Merrick Garland speaks about a jury's verdict in the case against former Minneapolis Police Officer Derek Chauvin in the death of George Floyd, at the Department of Justice, Wednesday, April 21, 2021, in Washington. [AP/Andrew Harnik, Pool]

The investigation — commonly referred to as "pattern or practice" — will examine the Minneapolis Police Department’s use of excessive force, as well as probe for any consistent occurrences of discriminatory conduct, specifically against individuals with behavioral health issues or disabilities.

Garland said a team of attorneys and other seasoned DOJ personnel will look into the department’s policies, training, supervision and use of force investigations. The team will also review thousands of reports and internal records dating back years.

"It will assess the effectiveness of the MPD’s current systems of accountability and whether other mechanisms are needed to ensure constitutional and lawful policing," he said.

"There’s just so much that goes into it," said Geoffrey Alpert, a professor of criminology and criminal justice at the University of South Carolina. "It’s a very complex process."

Alpert also serves as a court-order monitor for the New Orleans Police Department. In January 2013, after a similar DOJ investigation, NOPD agreed to a court-enforced consent decree, which remains in effect.

The initial investigation can often take up to a year, Alpert said, and the DOJ gathers as much evidence and data as they can to reach their conclusions.

"In most of these consent decrees, there’s three or four hundred paragraphs," he said. "They really get into the weeds, so to speak, and look at the data to see if there are things with policy, with training, with accountability."

In 2013, the Justice Department found NOPD had a pattern or practice of excessive force, as well as unlawful stops, searches and arrests. The probe also discovered gender discrimination in the failure to adequately respond to and investigate violence against women.

Alpert continues to monitor NOPD to this day and said it could be years before Minneapolis sees any substantial changes come from the DOJ investigation.

"It really depends on what they find and the way the city goes about repairing it," he said. "You have to change people’s minds, and that’s a long process."