DNR: Both spouses must be present for purchase of combination angling, hunting licenses

As Minnesotans prepare for next month’s fishing opener, the Department of Natural Resources is reminding anglers of a change in how married couples purchase fishing licenses.

Both spouses must now be present at the sales location when purchasing a combination angling or hunting license in person. Previously, one spouse could pick up both fishing licenses.

The DNR said it is now requiring both spouses to provide and verify their complete customer records on file, which include full names, birth dates and Social Security numbers.

The DNR said the change brings Minnesota in line with state and federal laws that require collecting personal information for fishing licenses and help prevent licenses from being sold to anyone with violations or unpaid fines. 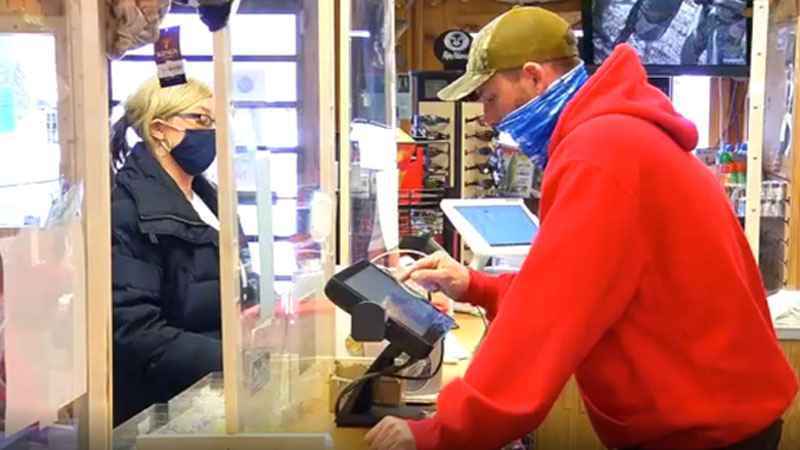 Bernie Krenner, senior sales associate at Blue Ribbon Bait and Tackle in Oakdale, said they have had to remind several customers of the new rule.

"In fact, two customers today, their wives weren’t with them," Krenner said. "So handling these transactions has not been easy."

The DNR noted that if both spouses are not present, one may purchase their part of the license, but their spouse will have to come in later. There will be no additional charge and the discounted rate will still apply.

"I heard some complaints. People don’t like what they’ve done with it. It’s a pain in the neck," said Dick Grzywinski, a professional fishing guide.

He said he hopes people research the new rule before going to buy a license, especially as a growing number of Minnesotans take up fishing.

The DNR previously told 5 EYEWITNESS NEWS the state has seen an uptick in fishing license sales during the pandemic, as families look for outdoor activities.

"People are getting out, that’s for sure. Boat sales, motor sales, all that is on fire, you know," Grzywinksi said.

The Minnesota fishing opener is set for May 15.