A sport growing in popularity is welcoming some of the best players in the world to Minnesota this weekend.

The Disc Golf Pro Tour is making a stop in Clearwater.

About 120 men and 50 women are competing at the Disc Pro Tour’s stop at the Airborn Disc Golf Preserve. Tour director and CEO Jeff Spring says they sold out and are expecting 1,500 to come check out the action every day.

“Disc golf saw a boom like a lot of outdoor sports during the COVID-19 pandemic,” Spring said.

If you’re unfamiliar, the game is somewhat similar to golf. The goal is to get the Frisbee or disc into the basket in the fewest tries as possible.

“Once you play once and have a couple good shots it’s easy to get hooked,” said Cale Leiviska, Airborn Preserve owner and professional disc golfer.

It’s not just the pros growing the game. Casual fans of the sport are excited to get out and try it out for themselves, and it turns out Minnesota is a popular spot to do just that.

“The disc golf world everybody kind of knows that Minnesota has a lot of the best courses,” Leiviska said.

According to the popular course directory app UDisc, last year Minnesota ranked second in the country when it comes to rounds played based on population.

“I’ve been playing for about 20 years,” Leiviska said.

Cale Leiviska is from Minnesota, is a course designer and has more than 100 career wins. He says the reason this sport is growing is because it’s affordable and easy to find courses.

“I do a lot of course design work and it seems like more and more cities and suburbs are trying to get courses into the ground,” Leiviska said.

“I came here last year with my dad and back out again with him,” Koehler said.

Daniel Koehler plays every day, and he’s starting a club at his high school in Cottage Grove.

“To get them more exposed to it and help them play and teach them, and get the word out more to obviously grow the sport,” Koehler said.

Whether you’re a beginner or more advanced, the excitement surrounding this weekend could carry over into a park near you.

“We’re getting up there into the upper echelon of emerging or niche sports,” Spring said. 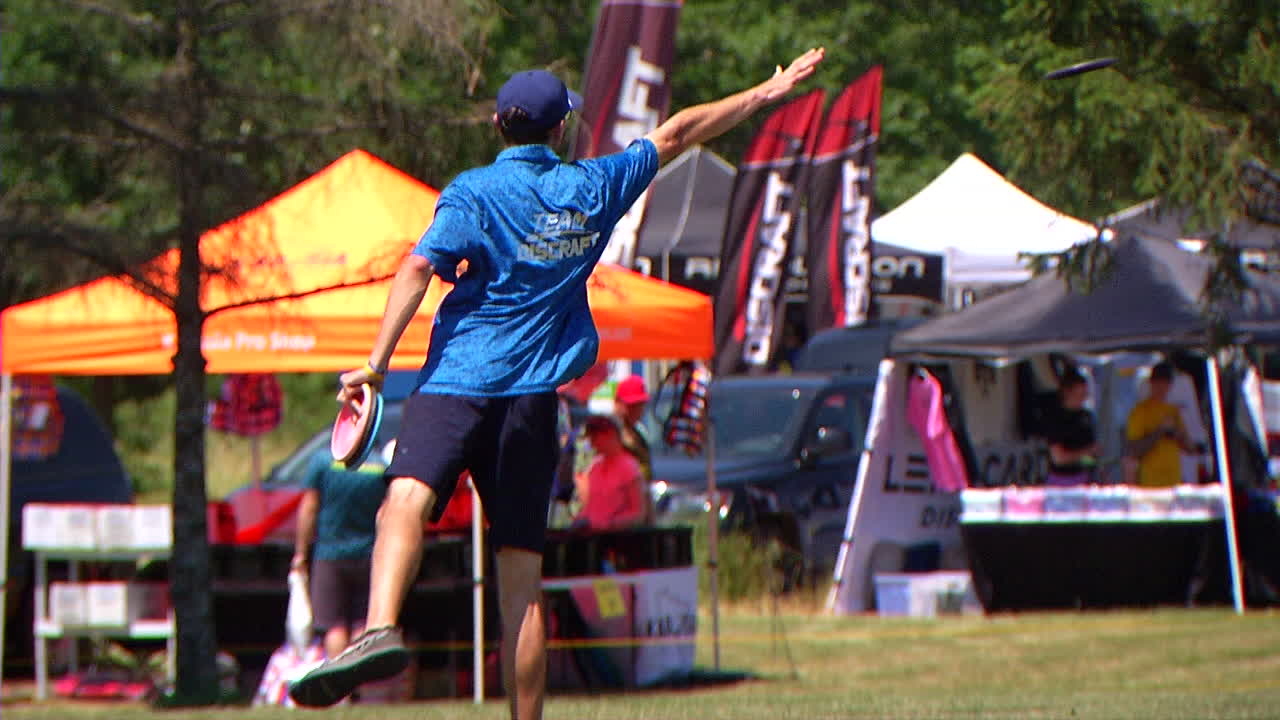 A competitor at a pro disc golf event (KSTP).