Despite calls for his resignation and an ethics complaint that will lead to a formal apology, there is little indication from House DFL leadership that Rep. John Thompson, DFL-St. Paul, will be removed from office any time soon.

House Majority Leader Ryan Winkler, DFL-Golden Valley, told 5 EYEWITNESS NEWS there are "a broader set of issues to address with Rep. Thompson." Winkler said the "record and allegations we have concerning violence in his past is not something we can accept in the Minnesota House of Representatives."

"We’re not going to be in session until January so we have some time for this to play out, for there to be some process involved and for people to come to understand the full picture of his background, and his current actions and his willingness, frankly, to take accountability and accept responsibility for what he’s done," Winkler said on "At Issue."

Winkler, House Speaker Melissa Hortman and Gov. Tim Walz are among the top DFLers in the state who have called for Thompson’s resignation. Congresswoman Betty McCollum and DFL Party Chair Ken Martin have also released statements saying Thompson should resign. Decades-old allegations of domestic violence surfaced recently after Thompson made headlines for a July 4 traffic stop where he gave a St. Paul police officer a Wisconsin driver’s license. After initially accusing the officer of stopping him for "driving while black" and racially profiling him, Thompson later apologized, St. Paul police told 5 EYEWITNESS NEWS.

During a debate on the House floor this past session, Thompson accused Rep. Eric Lucero, R-Dayton, of being "a racist." Lucero filed an ethics complaint, which was heard by a House committee. On Friday, Thompson agreed to a formal apology for his statements against Lucero. 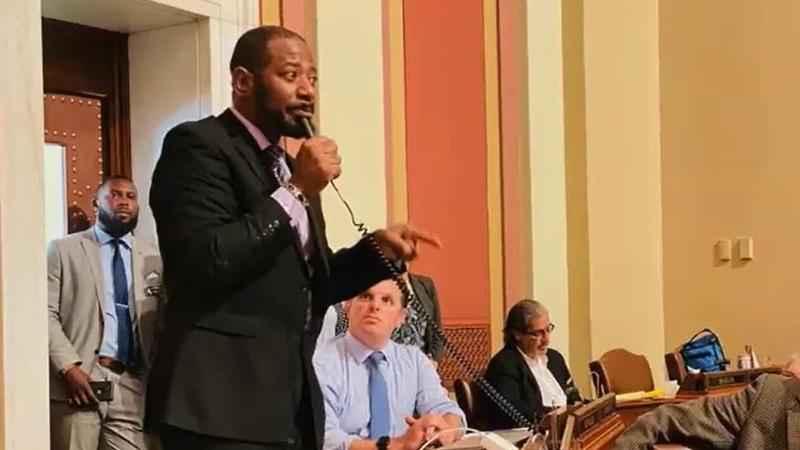 "His apology for his comments made on the House floor were not the reason why we asked for him to resign and this does not cover the whole situation," Winkler said.