Several DFL state senators want budget negotiations at the Minnesota State Capitol to be suspended so lawmakers can focus on new police accountability legislation. The call for more policing legislation comes in the aftermath of the shooting of Daunte Wright by a former Brooklyn Center police officer.

"We are calling on Leader (Paul) Gazelka, Speaker (Melissa) Hortman, and Governor (Tim) Walz to suspend all policy and budget negotiations until both the House and Senate have heard and adopted legislation on police accountability," the lawmakers said in a joint statement late Tuesday afternoon. "We will not tolerate delays and we will not allow Leader Gazelka to use Black lives as a bargaining chip during budget negotiations on the final days of session. Our communities cannot wait any longer."

"We have been listening to people," Republican Senate Majority Leader Gazelka said at a news conference about police legislation. "We want to listen to people."

However, Gazelka says the budget remains the legislature’s top priority with just over a month until adjournment. He says budget bills will be passing off the Senate floor this week and a police accountability hearing could happen within two weeks.

"We are constitutionally directed to pass a two-year budget by mid-May that if we do not pass and don’t get it done by July 1, our state government shuts down," he said. "That is a huge priority and I want to encourage everybody, don’t threaten we can’t get our budgets done if we don’t get police accountability. We’re going to continue to work on that." 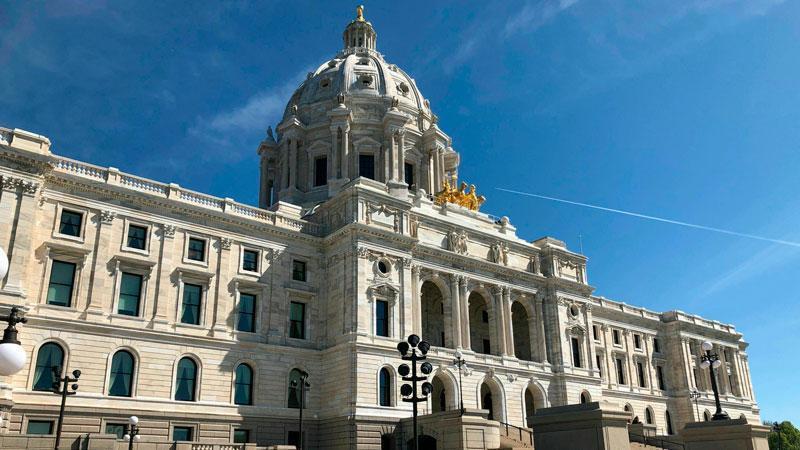 Gazleka points to legislation the Senate and House passed last year to ban chokeholds and "warrior" training while requiring officers to intercede if they see another officer doing something wrong. There are also requirements for de-escalation training and provisions to make it easier to fire police officers accused of wrongdoing.

Democrats claim Republicans watered down much of that legislation.

"We will fight for justice for Daunte and to change our broken system which continuously puts black men in danger," Rep. Samantha Vang, DFL-Brooklyn Center, said in a virtual news conference.

"The reason we have to say Black Lives Matter is because they certainly don’t seem to matter enough to GOP leaders in the Senate to hear a single bill to protect black lives," Frazier said.

Gazelka says the Senate is willing to do more, even legislation not always popular with police, including when lethal force can be used.

"Communities that are on the borders are having a hard time getting mutual aid agreements with police from the other states because they don’t like the language we put in place," Gazelka says. "We feel like we struck the balance."

Gazelka says the Senate can also balance budget negotiations and policing legislation in the final month of the session.