It’s more than two decades in the making, but an Edina woman is now a college graduate.

Last week, Samantha Lademann walked across the state at Normandale Community College to receive her diploma – while that was repeated several more times by her classmates, her journey was likely more difficult than many.

Lademann has cerebral palsy. But spend just a few minutes with her, and it’s clear Lademann has not let that define who she is.

“I was raised with the philosophy that if you want something, you keep working for it, no matter how long it takes,” Lademann told 5 EYEWITNESS NEWS.

Graduation day was special for Lademann in several ways – of course, completing her studies was one, but another was being able to walk, hand-in-hand, with the doctor that helped her get to this point to accept her diploma. 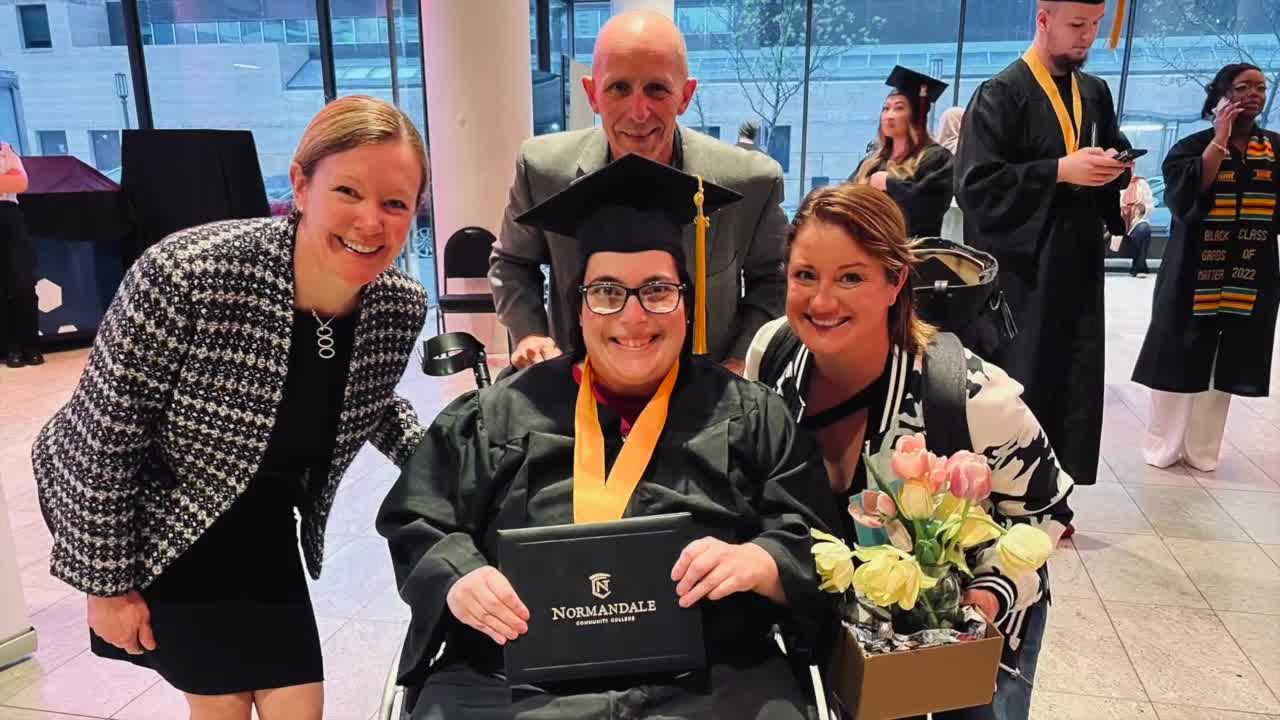 That doctor is Jennifer Laine, medical director of research and pediatric orthopedic surgeon at Gillette Children’s in St. Paul.

“She’s an amazing woman,” Dr. Laine said about Lademann, adding, “it has been a real pleasure and an honor to work with her over these years. I’m really proud of her.”

The two have developed a strong bond that’s been filled with many memorable moments over nearly a decade.

Lademann says after one of their first meetings, she took to heart something Dr. Laine said to her – it was a message of encouragement, and she wrote it down on a notecard that’s still with her eight years later.

“On graduation night, I had it in the pocket of my dress,” Lademann said about the note that reads:

“You are not helpless, this is not hopeless. We have work to do. Let’s go.”

It’s then referenced to Dr. Laine.

When asked what that type of encouragement means to her, Lademann said, “everything.”

With graduation behind her, Lademann says her next goal is to go to school at Metropolitan State University. She hopes to become a social worker and help people.