But despite those changes, MPD acknowledges they are struggling to get seasoned officers to pair with new recruits. The department is currently averaging about 60 field training officers, or FTOs.

“The extra responsibility currently is definitely something that is straining some people’s decision in doing this,” said Minneapolis Police Lt. Molly Fischer, who oversees the FTO and training academy.

Fischer said MPD needs three times that number to keep up with the department’s hiring goals.

The progress report, delivered Monday morning to members of the city’s Audit Committee, comes one year after an internal city audit found weaknesses in the program. At the time, the city audit made a dozen recommendations that Mayor Jacob Frey promised MPD would make. 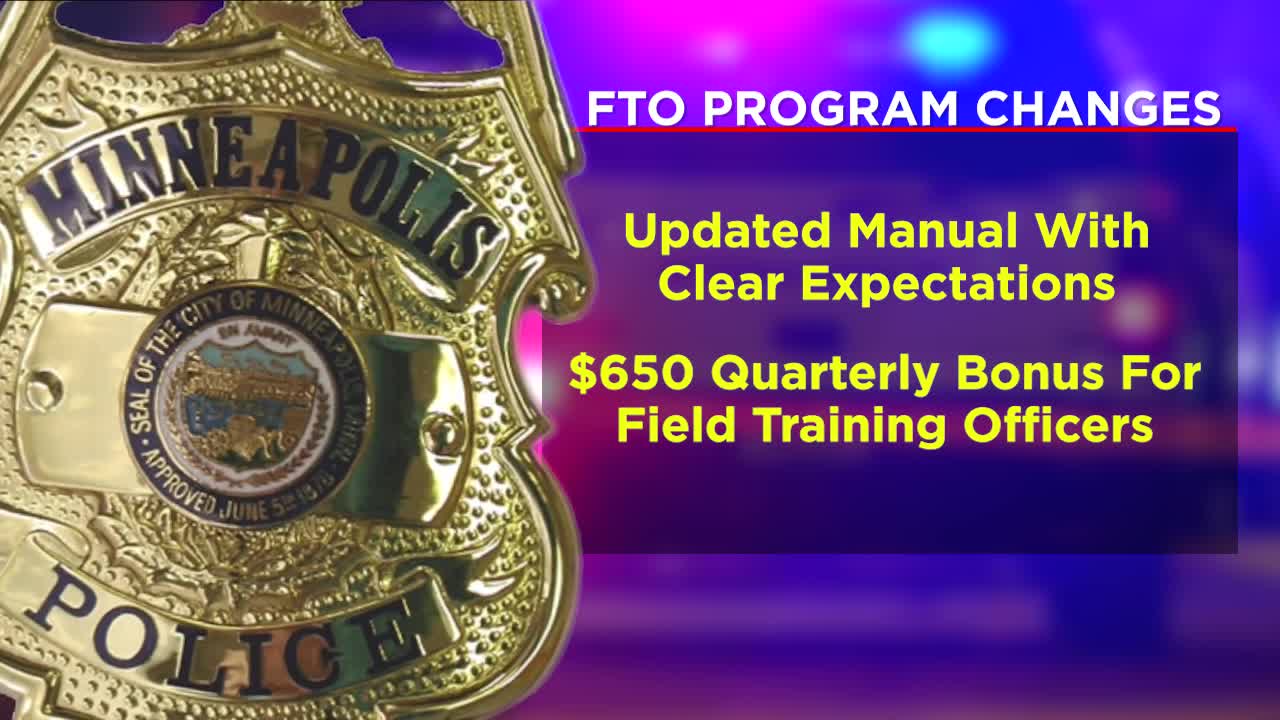 The field training officer program came under scrutiny following the killing of George Floyd. Former MPD Officer Derek Chauvin, who was convicted of murder in Floyd’s death, served as an FTO.

Speaking in the city council chambers, Lt. Molly Fischer said they are proud of the changes they made nearly eight months ago.

“If we’re moving forward and you want to be working with good people on this department, then good people need to train our new officers,” Fischer said. “That’s really how we’re going to move forward from this spot.”

The list of changes is long. Designed to increase accountability and oversight, officers who apply to be FTOs are now required to have two letters of recommendation, and the officer’s internal affairs file is reviewed before they are put into the program.

Fischer said officers are also flagged in the system if their name is matched to a complaint.

But the changes also include incentives to recruit officers to the program. Right now, FTOs earn a quarterly bonus of $650.

“It’s my feeling that with all these changes that this will improve that environment of the FTOs, that people truly believe in this process,” Fischer said.

While city leaders praised the improvements in the system, they questioned the low numbers.

City council member Emily Koski focused many of her questions on why the position wasn’t something more senior officers are going after.

“We did lose a lot of FTOs two years ago,” Fischer said. “We all have to do our part in the improvement of this, and that is what is needed.”