Use of force was the focus of the Derek Chauvin trial on Tuesday.

All four witnesses were called by the state, as the prosecution tries to make its case that Chauvin caused George Floyd’s death.

Steve Schleicher asked Sgt. Stiger, “What is your opinion as to the degree of force used by the defendant on Mr. Floyd on the date of the question?” Stiger replied, “My opinion was the force was excessive.”

Schleicher walked through the body camera, moment by moment, with Sgt. Stiger. 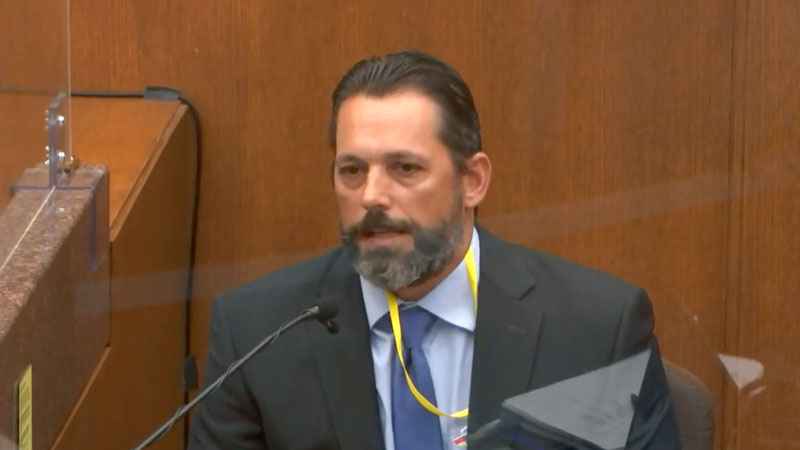 “What position do the officers place Mr. Floyd when they brought him on the ground?" Schleicher asked. Stiger replied, “the prone position.”

Stiger described seeing Floyd kick as one of the officers attempted to control his legs.

Schleicher asked, "Aside from that one kick, did you see anything else in your review of any of the materials body-worn cameras, that would constitute an active aggressive behavior by Mr. Floyd?" and Stiger replied "No."

Stiger is the state’s first paid witness. He has decades of policing experience and testified that he’s traveled to police agencies nationwide to compare their use of force policies and training with LAPD’s practices.

“I think it’s very powerful for him to get in,” said Lee Hutton, an experienced trial attorney unaffiliated with this criminal case. “He comes in with some very significant insight with the L.A. Police Department that historically has had their blemishes. For somebody to testify and say if anybody knows about excessive force and the history thereof, it would be somebody who worked with LAPD.”

Hutton added, “A lot of people at first blush say ‘Oh, they’re paying somebody to say something,’ well the defense is going to have their paid experts too so that’s going to balance out.”

Stiger’s testimony will continue on Wednesday and Chauvin’s attorney Eric Nelson will have the opportunity to cross-examine him.

“Your expertise stops at the border of California so what do you know about Minneapolis?” explained Hutton. “I think the state navigates that by ignoring it to a certain extent.”

Schleicher asked Lt. Johnny Mercil, “Once a subject is under control and no longer resistant, it’s inappropriate to hold them in a position where you’re draping your knee across their back or neck, isn’t it?” Lt. Mercil responded, “I would say it’s time to de-escalate force.”

Lt. Mercil oversees the training unit. He became the fifth police supervisor to question Chauvin’s actions while under oath. He told Schleicher the tactic Chauvin used was not an MPD-trained restraint.

“The officers in the state being able to reinforce what is ethical, what is unethical what is reasonable what is unreasonable I think that is very powerful for the state,” said Hutton.

He said, however, the defense also made headway during the testimony.

MacKenzie is MPD’s medical support coordinator. She described symptoms of excited delirium, including an elevated body temperature and heart rate, insensitivity to pain and having super-human strength.

She said they train officers to respond to it as a medical condition, “not necessarily a criminal matter.”

Nelson asked whether training on excited delirium includes a discussion of controlled substances. MacKenzie responded, “Yes, because what we’re usually teaching is that most people that are experiencing something like excited delirium there’s illicit drugs on board that might be a contributing factor.”

We asked Hutton about that testimony.

“This was very good for the defense where they got testimony that corroborates what they’re eventually going to go to in their case in chief, that the causation of death was not because of the knee but because of drugs,” Hutton said.

Judge Peter Cahill asked MacKenzie to return to court next Tuesday as a witness for the defense.