Despite relaxing a wide range of COVID-19 restrictions, Minnesota Gov. Tim Walz has decided to continue the eviction moratorium. The decision comes as lawmakers grapple with how to transition away from the executive order.

It’s been nearly 14 months since it went into place.

In his executive order in March 2020, Walz wrote, “I recognize that COVID-19’s economic impact continues to influence the ability of tenants and homeowners to pay their rent and mortgages. Over 800,000 Minnesotans have applied for unemployment insurance since March 16, 2020.”

Organizations that work with renters say it’s been ‘critically important.’

“Making sure people were not experiencing homelessness, making sure that people were not having to double up, moving in with someone else because they’re losing their home,” said Eric Hauge, the executive director of HOME Line. “That actually saved lives.” 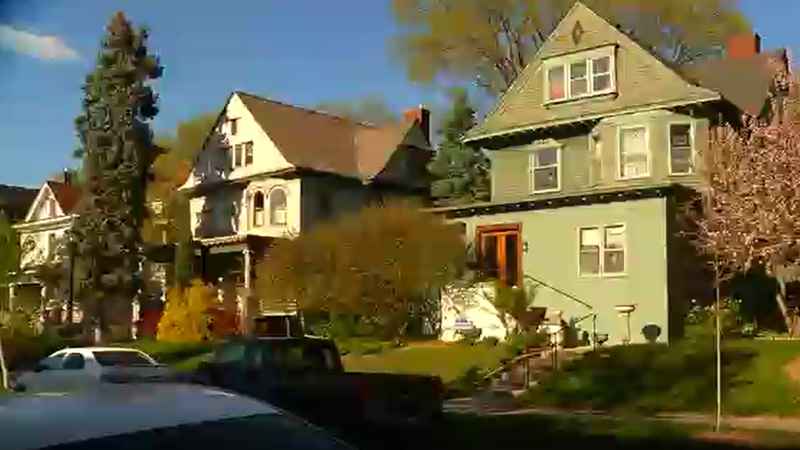 Hauge said people will often pay for rent before food or even medication.

“Everything else falls apart if you’re evicted or lost your home,” he said.

HOME Line provides free legal aid to about 15,000 renter households statewide each year. Since last March, about half of those calls were from people concerned about the pandemic.

“Can I be evicted? What can I be evicted for? What does the suspension mean to me? When is the suspension going to end? Those sorts of questions,” Hauge said. “And also threats. People that were facing threats of eviction or landlords telling them that they had to be out without any sort of court order, which had no authority but still happened. People getting their utilities shut off, their cars towed because they were behind on rent, things that kind of were trying to circumvent the protections that were in place.”

According to court documents, Attorney General Keith Ellison’s office took legal action against a landlord who “refused to refill the propane needed to heat the home of his tenants” in McGrath, despite below-freezing temperatures in March and April 2020, “effectively terminating their lease and constructively evicting them”.

It’s one of eight times Ellison’s office sued landlords for violations of the executive order. The Attorney General’s office told 5 EYEWITNESS NEWS it has received 2,928 complaints of potential violations so far.

Under the moratorium rent is still due. Evictions, however, are limited to cases where a tenant seriously endangers the safety of other residents or violates certain laws.

“We now have situations across the state of Minnesota where we have residents, neighbors who are really behaving inappropriately, we cannot address those problems,” said Cecil Smith, the president of the Minnesota Multi-Housing Association, whose members include property managers throughout the state. “What hasn’t been able to be addressed are people smoking in a non-smoking building, people holding raucous parties night after night, folks who express racial epithets to their neighbors in the hallway, people who have threatened the property managers or other neighbors.”

He said there has also been financial stress on landlords.

“Especially smaller owners who’ve had to sell their properties because they weren’t collecting any rent and there was a mortgage to be paid,” Smith said.

He told 5 EYEWITNESS NEWS they are looking to lawmakers for a solution.

“We’re the last major industry left under essentially the same set of rules we started with in March of 2020 and we’re still waiting for an answer,” Smith said. “We’ve been asking for an off-ramp from the situation since last year and there were discussions at the beginning of the legislative session, and here we are at the end of the legislative session and there’s still no solution.”

Both the House and Senate have passed bills addressing the eviction moratorium.

The Senate version would prevent the governor from extending the order beyond 30 days unless the Legislature approves it. The House version would require landlords to provide 60 days notice prior to filing an eviction notice during the 12 months after the peacetime state of emergency ends.

Both parties told us the next step is a conference committee where lawmakers can work out an agreement but a date has not been set.

Smith hopes to see the moratorium end as soon as possible.

“And as a reasonable fashion as we can,” he said. “There is a proposal that received bipartisan support in the Minnesota Senate. It calls for the moratorium to end in a matter of months. We think that’s reasonable and timeline.”

Renters who are behind on rent can also now apply for assistance through the RentHelpMN program. It’s a partnership between the state, Minneapolis, St. Paul and the five largest metro counties. Through federal funding, there is $375 million available.

A spokesperson for Minnesota Housing told 5 EYEWITNESS NEWS there is an additional $297 million on the way as part of the second federal allocation of Emergency Rental Assistance.

Smith said this funding will relieve the financial burden on landlords.

“We believe this federal assistance will easily resolve the challenge that we’re facing,” he said. “We want people to stay and there is over half a billion dollars of rental assistance that’s going to be available for Minnesota so let’s help those people. It’s the behavioral situations we want to address.”

Hauge, on the other hand, wants to see the moratorium extended for now.

“I think it’s difficult to set a timeline on it until we know how long it does take for rental assistance to go out,” he said. “It’s a complicated process to apply, and then once you apply it takes time for them to actually get the money to the landlord or to you, whichever way it’s working. That’s really what we’re concerned about, is any sort of off-ramp on this needs to be well thought through. There should be no reason for these needless evictions to be filed when people can get paid, landlords, we can make all of these balances equal out and people can be caught up on rent. The timeline has to match the hurdles and the timeline that it takes for tenants to secure this funding.”